“An Interview: Eyes in the Prize as Documentary and Document,” Judy Richardson, SNCC Veteran, Documentary Filmmaker 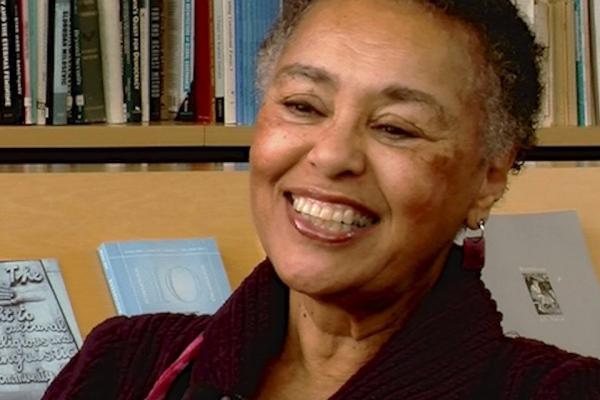 Please register for the webinar here.

Judy Richardson’s civil rights movement experiences have influenced her throughout her life.  She was on SNCC staff from 1963-66, in SNCC’s Atlanta National Office and in Mississippi during 1964 Freedom Summer and Lowndes County, Alabama; then ran the office for Julian Bond’s successful first campaign for the Georgia House of Representatives.  She co-founded Drum & Spear Bookstore (Washington, DC), once the largest African American bookstore in the country and was children’s editor of its publishing house.  She was communications director for the United Church of Christ Commission for Racial Justice.

Her film work includes numerous documentaries, among them: the 14-hour PBS series Eyes on the Prize (for which she also served as education director); PBS’ Malcolm X: Make It Plain and Scarred Justice: The Orangeburg Massacre 1968; History Channel documentaries on slavery, and films for the National Park Service’s visitor centers, including their “Little Rock 9” (AK) and Selma (AL) sites.  With 5 other SNCC women, she co-edited Hands on the Freedom Plow: Personal Accounts by Women in SNCC, which includes the memoirs of 52 SNCC women.  She is on the SNCC Legacy Project board and the editorial board of the SNCC/Duke University website: SNCCDigital.org.

She lectures nationally about the Movement, its history and values, and this year she will again co-direct an NEH 3-week teacher institute.  She was a Distinguished Visiting Professor at Brown University and received an honorary doctorate from Swarthmore College.

1619 and Beyond: Explorations in Atlantic Slavery and its American Legacy
Center for Historical Research
Share on Social Media