The Unrepresentativeness of American Elections: How the United States Developed Electoral Structures that Defeat the Preferences of the Electorate 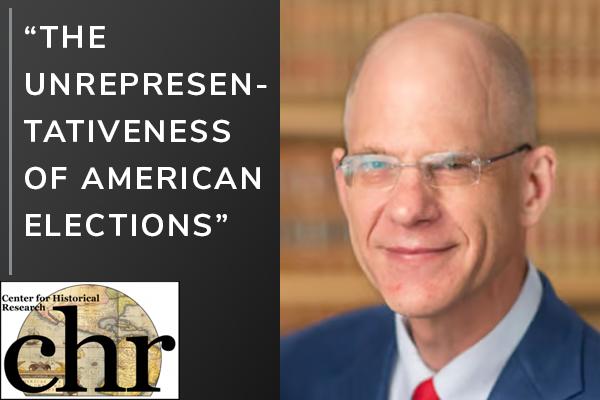 A talk by Edward Foley, Moritz College of Law, Ohio State University. Despite the expectation that elections are designed to identify the preferences of voters, American elections have evolved in ways that distort the translation of inputs into outputs, so that the results of which candidates win no longer match the candidates that the voters would most prefer to win. Gerrymandering is one practice that has developed with increasing intensity over recent decades to magnify the disparity between the electorate’s preferences and winning candidates. Equally important, but less well understood, is the way that primary elections cause the defeat of candidates whom the general election voters would most prefer to win. Once the distorting features of America’s election procedures are understood, it is possible to consider procedural reforms that would enable elections to produce results that voters actually want.

Edward Foley, Moritz College of Law, Ohio State University, is author of Presidential Elections and Majority Rule (2020), Ballot Battles: The History of Disputed Elections in the United States (2016) drafted Principles of Law: Non-Precinct Voting and Resolution of Ballot-Counting Disputes, and co-author of Election Law and Litigation: The Judicial Regulation of Politics (2014).

Event co-sponsored by the Mershon Center for International Security Studies.