(From College News by the College of Arts & Sciences)

It’s hard for Associate Professor Hasan Jeffries to label his field school to northern Virginia as merely a trip.

For him and his students, it was more than that. It was an experience.

“Going in, I was like, ‘Yeah, this is a good idea,’” said Jeffries, who teaches in the Department of History. “But I didn’t realize how impactful and powerful it actually was until I was there.”

Last October, Jeffries guided 10 undergraduate students through a field school titled “Defining the Color Line: Race, Democracy and the Enslaved Community at James Madison’s Montpelier.” The group spent four days at James Madison’s Montpelier, the restored former home and plantation of the fourth United States president James Madison, who was essential in drafting the U.S. Constitution and the Bill of Rights. The estate now serves as a permanent exhibition that highlights the lives of the enslaved community that lived on the estate’s property and on American slavery as a whole.

Students explored the estate and learned about the life of one of the nation’s most important founders. Because Madison enslaved over 100 people, the field school was an opportunity for students to study how blackness was defined and how slavery served as a basis on which the U.S. was built.

“The work that the Montpelier team is doing there really gives people the ability to separate the foundations of this country and the notions of freedom and democracy from the enslavement of an entire race of people,” said third-year political science and international studies student Anna Glavaš.

Students explored archeological sites of the grounds where enslaved people lived, hiked through the surrounding woods where trails carved by the enslaved remain and partook in tours led by various archeologists and historians. The experience culminated in nearby Charlottesville, Virginia, the site of the August 2017 white supremacist Unity the Right rally that resulted in the murder of counterprotester Heather Heyer. There, they were guided by a community member who organized counterprotests and who was assaulted at the rally. 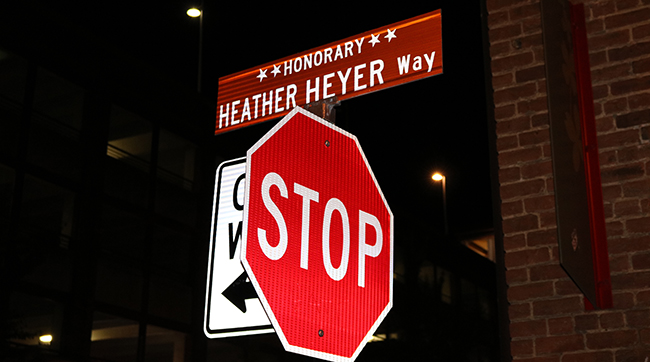 Jeffries knew beforehand that the field school would be a chance for students to move outside the classroom, use all their senses to learn about history, and draw parallels between racism in the late 1700s and racism now. But he admits he didn’t consider how profound of an impression the experience would leave on him and his students.

“That’s the power of the immersive space and taking people to places where history happened,” Jeffries said. “It’s James Madison’s plantation and Charlottesville — in order to understand each of them, you have to understand both of them and see what those connections are.”

“Walking around the site at Montpelier, we chronologically dove through the history, the archeology, the power of place,” added third-year neuroscience student Kyle Huffman. “Driving down that winding road to Charlottesville, that was a portal hundreds of years into the future where you can see that direct connection from Montpelier to Charlottesville and the manifestations of that today.”

One impactful moment Jeffries singled out was when he and his students were shown one of the bricks that form Montpelier’s foundation. When examined closely, they were able to see children’s fingerprints on it; the bricks were made by the plantation’s enslaved children. 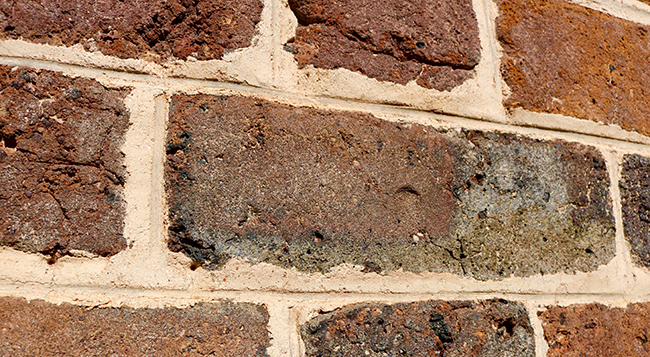 A brick with an enslaved child's fingerprint in it that forms the foundation of James Madison's Montpelier. Photo credit Kyle Huffman.

“So, the library where Madison writes the Bill of Rights rests on the foundation of bricks made by enslaved children — children that he claimed ownership over,” Jeffries said.

To be able to put your hand on that fingerprint [reminds you] that this stuff isn’t just abstract. This is real, and what does that mean for everything I’ve ever learned about American history?”

The field school was a pilot project for the Global Arts and Humanities Discovery Theme, and Jeffries plans on bringing another group of students to James Madison’s Montpelier and Charlottesville again in fall 2019.

“I had absolutely no idea what to expect,” said Josie Cruea, fourth-year history and English student. “I really didn’t think it was going to be this life-changing experience that it was.”