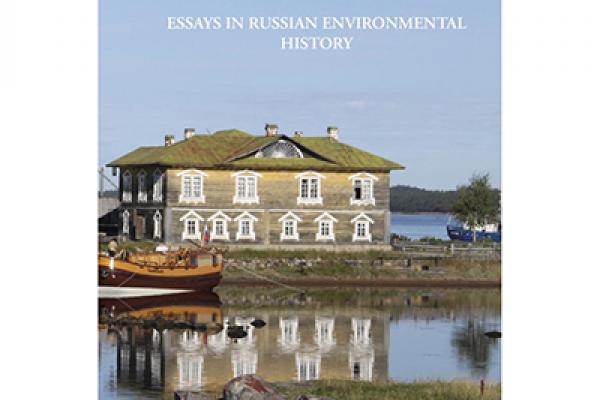 This book offers new perspectives on the environmental history of the lands that have come under Russian and Soviet rule by paying attention to ‘place’ and ‘nature’ in the intersection between humans and the environments that surround them. Through a series of carefully selected, linked case studies, the book highlights the importance of local environments and the specificities of individual places in understanding the human-environment nexus. This focus is accentuated by the fact that the authors have travelled extensively in the places they write about. They have first-hand experience of the specificities of local natural systems, and have gained a sense of how these places look, sound, taste, feel and smell. They have met, talked to, interviewed and in other ways engaged with members of the local populations, including the specialists in a variety of disciplines who study these places and ecosystems and the people who manage and administer them. In this way, our collective research also makes an important methodological intervention to the research and practice of environmental and perhaps also other fields of history: that to write robust history, historians need to embed themselves in the places and environments they study. In this way, our work underscores that ‘place’ and ‘nature’ are both topics of study and theoretical models and methodological approaches for scholarship.
The essays primarily consider the period from the early nineteenth to the early twenty-first centuries and, where appropriate, delve back further in time. They investigate continuity and change across multiple political systems: from the rise of modern Russia under the tsars, through the Soviet era and into the first decades of the post-Soviet Russian Federation. These centuries saw Russian imperial expansion into the far reaches of Eurasia, greater human mobility as a result of developments in transportation infrastructure, more intensive exploitation of natural resources with the onset of industrialisation, which gathered pace in Soviet times, and a growing sense among some scientists, political figures and members of the wider public of a need to protect and conserve ‘nature’. The geographical focus of the book is more distinctive and serves to complement and enhance the scope of existing works on the environmental history of this part of the world. The chapter studies are located in two important, diverse and, in the context of environmental history, relatively under-researched regions: 1) the Northwest and the European North of Russia, extending from St Petersburg through Karelia to the White Sea and Kola Peninsula; and 2) Siberia and the Pacific Far East.
From the editors:
"Travel writer Kapka Kassabova has recently written that ‘history is written above all by those who weren’t there’. Her book on the border zone between Bulgaria, Turkey and Greece is an eloquent example of how travel writers can bring to life places and the histories of people who have lived in them. This book is written by environmental historians who were there and who have sought to bring to life these places, environments and the experiences of their inhabitants. We could not have produced this book and its insights if we had not also hiked and biked through them, sailed across them, rowed around them, swum in them, got covered in mud, been swarmed by mosquitos and other insects and been observed by bears, who kept silent and made sure we could not see them. On other occasions, we hid ourselves so that we could observe rare and endangered species, like the nerpa, the endemic freshwater seals living on Baikal’s Ushkan′i Islands. Whilst we were there, we also met people who have devoted their lives to studying their places and environments, managing them, guiding visitors and campaigning to protect them from harm. They generously shared their time and knowledge with us. To get to our places, we flew in airplanes, travelled in trains, rode in buses and sailed across seas and lakes on ferries and multiple other boats. On one memorable occasion, we nearly did not get there (to Cape Khoboi on Ol’khon Island in Lake Baikal). The driver of one of our four-wheel-drive utility vehicles, an otherwise invincible Soviet-designed UAZ-452, omitted to engage the second axle and we got stuck in the sand. Digging it out taught us important lessons – ones we appreciated all the more after we were on our way."
Share on Social Media