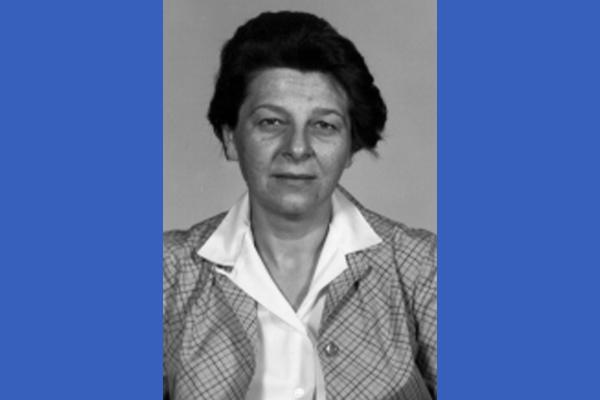 The June Fullmer Scholarship Fund (Fund Number: 317609) has been established in honor of one of the first female faculty members in the Department of History. Professor June Fullmer served from 1966 to 1984. The fund in her name provides student support for undergraduate students in the Department of History. Preference will be given to students studying in the areas of women’s history or the history of science. Special consideration shall be given to candidates that are members of organizations recognized by the University that are open to all but whose missions seek to advance the need of historically underserved populations.

Professor Fullmer grew up in Milwaukee. She earned bachelor’s and master’s degrees from the Illinois Institute of Technology, and in 1948 she received the Ph.D. from Bryn Mawr. The following year she did postdoctoral work at Oxford with Sir Cyril Hinshelwood as Sarah Berliner Fellow of the American Association of University Women. She taught chemistry briefly at Hood College and at Chatham College, and from 1955 to 1964 she served as associate professor of chemistry and head of the Department of Chemistry at Newcomb College in Tulane University.  Her publications were technical contributions to chemistry until 1954, and soon she started publishing on the life of one of the founders of modern chemistry, Humphry Davy, an activity that took up most of the rest of her life. In 1966, Professor Fullmer became associate professor of history at Ohio State. In 1969, Harvard University Press published her biobibliography, Sir Humphry Davy’s Published Works. Among her other contributions were a reinterpretation of the chemical revolution, which appeared in work she published on Rees’s Cyclopedia, and some papers exploring her interest in literature combined with her interest in the history of chemistry. Professor Fullmer received many honors; her work was supported by Guggenheim, National Science Foundation, American Council of Learned Societies, and Royal Society/Royal Institution grants. She was active in the History of Science Society and other professional groups and served as chair of the History of Chemistry Division of the American Chemical Society in 1970-1971. Professor Fullmer also contributed through the power and charm of her personality and particularly through the breadth of her reading in history, literature, and science with which she educated and entertained colleagues and students. She was a brilliant classroom teacher and developed a large following at Ohio State among both graduates and undergraduates, and she informally served as an important model and support for a generation of women who were coming into academia.

Those wishing to donate to the June Fullmer Scholarship Fund can do so here.