Professor Peter Mansoor Provides Insight on CNN regarding the U.S. Fight Against Isis

Professor Peter Mansoor Provides Insight on CNN regarding the U.S. Fight Against Isis

On Feb. 10, 2015 Professor Mansoor appeared on CNN to speak about the U.S.' efforts in fighting ISIS. He also commented on Syria President Assad's statement that the U.S. does not coordinate efforts with his country.

Mansoor stated, "Our president has said that Bashar al-Assad must go. He's a president of a country who has commited war crimes. I don't think the United States or our allies are going to communicate too much with him over our actions to destroy ISIS on his turf." 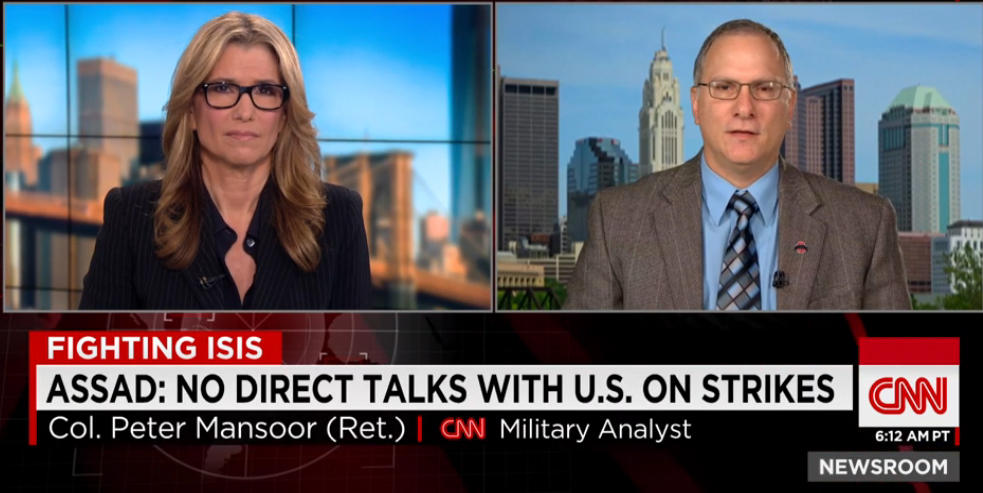