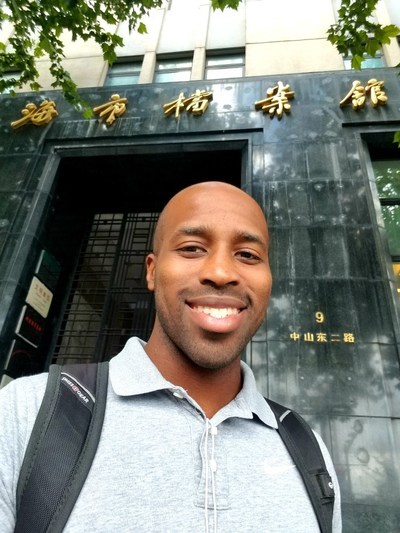 Melvin Barnes Jr. is a teacher-scholar specializing in East Asian, Transnational, and African American history. He earned his bachelor’s degree from the University of Toledo and his Ph.D. from The Ohio State University.

Melvin’s research explores race in East Asia in a transnational context. In 2020, he successfully defended his dissertation, “Revolution & Race: The Chinese Imagination of the African American Freedom Struggle, 1920-1989.” “Revolution & Race” examines Chinese interpretations of Black liberation movements between 1920 and 1989. In it, Melvin uses Chinese and English language sources to argue that between 1949 and 1976, the Chinese Communist Party (CCP) and ordinary Chinese citizens imagined a version of the African American Freedom Struggle that stressed revolutionary violence to reinforce the central tenets of China’s own Communist Revolution and to serve as proof of the PRC’s global leadership.