A Talk Jointly Presented by the Women’s, Gender, and Sexuality History Workshop and Pre‐modernist Workshop
(co‐sponsor: Institute of Chinese Studies)

(View video of this event at the bottom of this page.) 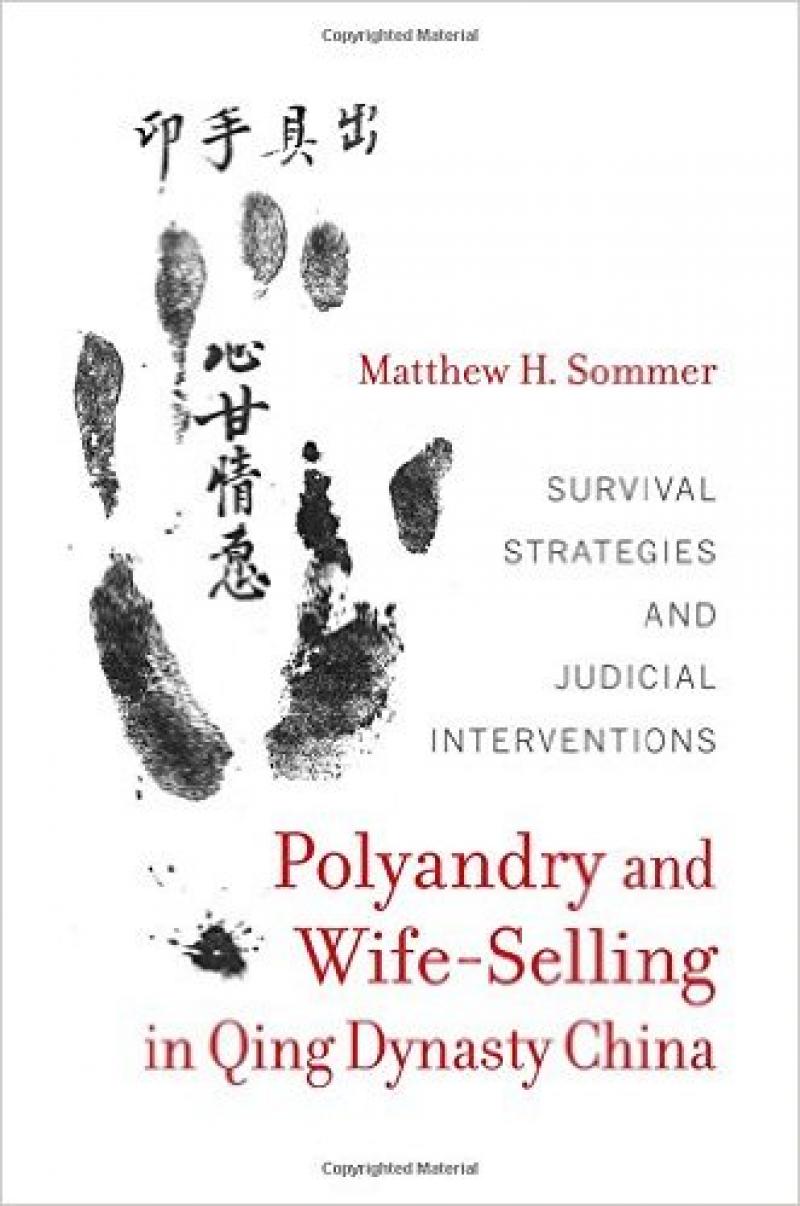 In China during the Qing dynasty (1644-1912), polyandry and wife sale were widespread survival strategies practiced by the rural poor in conditions of overpopulation, shrinking farm sizes, and worsening sex ratios. Polyandry involved bringing in an outside, single male to help support a family in exchange for sharing the wife; wife sale involved the transfer of a woman from one husband to another, to become the latter's wife, in exchange for cash payment. These two practices represented opposite ends of a spectrum of strategies to mobilize the sexual and reproductive labor of women in order to supplement household incomes and maintain subsistence. If we take into account lived experience among the poor, no clear distinction can be drawn between marriage and the traffic in women in Qing China; similarly, the normative distinction between marriage and sex work that was basic to law and elite ideology cannot be sustained.
Bio of Speaker:
Matthew Sommer is Professor of Chinese History at Stanford University. His research focuses on sexuality, gender relations, chosen kinship, and law during the Qing dynasty (1644-1912) and the main sources for his work are legal cases from central and local archives in China. He also uses popular fiction and other non-legal sources for historical research. Professor Sommer’s first book, SEX, LAW, AND SOCIETY IN LATE IMPERIAL CHINA, is primarily a legal history, but more recent projects use legal cases to explore social historical topics as well. His second book, POLYANDRY AND WIFESELLING IN QING DYNASTY CHINA: SURVIVAL STRATEGIES AND JUDICIAL INTERVENTIONS, is coming out in Sept. 2015.

Mary Louise Roberts, Professor of History, University of Wisconsin, Madison. Co-sponsored with the Race, Ethnicity, and Nation Constellation, the Modern U.S History Seminar, the Department of French and Italian, and the Mershon Center for International Security Studies.

Leigh Ann Wheeler, Associate Professor of History, SUNY Binghamton, and Co-editor of The Journal of Women's History. Prof. Wheeler will be giving talks at OSU, Newark (Feb. 27, 4-5:30) and Columbus ( Feb. 28, 1:30-3:00, 168 Dulles) on the topic of "Making Reproductive Freedom: Abortion, Sterilization, and Civil Liberties, 1960s-1970s". She also will offer a professionalization/publishing workshop open to interested graduate students and faculty entitled "Publishing in Scholarly Journals: What First-Time Authors Need to Know" (Feb. 28, 10-11:30, 168 Dulles. Co-sponsored with the Modern U.S. History Seminar, the OSUNewark History Department, the OSU Newark Diversity Committee, the Department of Women's, Gender, and Sexuality Studies as well as Sexuality Studies (a unit within DISCO)

"The Problem of Manhood in Anglo-American Demonic Possession and Witchcraft"
Erika Gasser, Assistant Professor of History, University of Cincinnati Co-Sponsored with the Ohio Seminar in Early American History

"Sexing the City: Solicitation, Public Space, and the Sexual Culture of Nineteenth-Century Paris," A talk by Andrew Ross, Visiting Assistant Professor of History, Kenyon College. Co-sponsored by the Department of the History of Art and French and Italian.

May 23, 2008       Leila Rupp - University of California as Santa Barbara, Professor
"Sapphistries: Writing a Global History of the Love Between Women"

April 2007        Caroline Merithew, University of Dayton, Assistant Professor
"'She Looks Fine:' Memory and the Construction of Working-Class Feminists in the 20th Century"

Feb 2007         Karen Huber, The Ohio State University, Graduate Student
"To Pity or to Punish? Women on Trial for Abortion and Infanticide in the Third Republic of France"