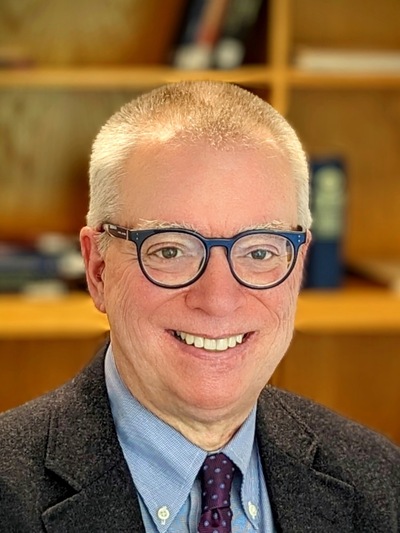 Professor and Engle Chair in the History of Christianity

David Brakke is the Joe R. Engle Chair in the History of Christianity and Professor of History.  He received the B.A. in English from the University of Virginia (1983), M.Div. from Harvard University (1986), and Ph.D. in religious studies from Yale University (1992).   Before coming to OSU in 2012, he taught for nineteen years in the Department of Religious Studies at Indiana University, where he was department chair from 2006 to 2011.

Professor Brakke studies and teaches the history and literature of ancient Christianity from its origins through the fifth century, with special interests in asceticism, monasticism, "Gnosticism," biblical interpretation, and Egyptian Christianity.  Athanasius and the Politics of Asceticism (Oxford UP 1995; Johns Hopkins UP 1998) examines the social and political dimensions of a bishop's ascetic teachings, and Demons and the Making of the Monk: Spiritual Combat in Early Christianity (Harvard UP 2006) explores the role of evil forces in the formation of the monk as a virtuous self and as a social role. The Gnostics: Myth, Ritual, and Diversity in Early Christianity (Harvard UP 2010) argues for a social and cultural approach to the definition of "Gnosticism" and to the question of "orthodoxy" and "heresy" in the era before Constantine.  It was named a Choice Outstanding Academic Title for 2011. The Gospel of Judas: A New Translation with Introduction and Commentary (Anchor Yale Bible; Yale UP 2022) explores the early history of the Gnostic school of thought through exegesis of a key source.  He has also edited and translated early Christian texts, most recently with David M. Gwynn The Festal Letters of Athanasius of Alexandria, with the Festal Index and the Historia Acephala (Translated Texts for Historians, Liverpool UP 2022), and he has co-edited scholarly volumes, including Religion and the Self in Antiquity (Indiana UP 2005) and Shifting Cultural Frontiers in Late Antiquity (Ashgate 2012).

Professor Brakke's research has received support from the American Council of Learned Societies, the National Endowment for the Humanities, the Alexander von Humboldt Foundation, the National Humanities Center, and the John Simon Guggenheim Memorial Foundation.

His current projects include a study of early Christian scriptural practices before and after the listing of a New Testament canon and a new translation, with commentary, of the Secret Book According to James.
Professor Brakke is a member of the Board of Consultants of the Journal of Religion and the Advisory Board of the Journal of Early Christian Studies, which he previously edited (2005–2015). He is a former president of the International Association for Coptic Studies (2016–2022).