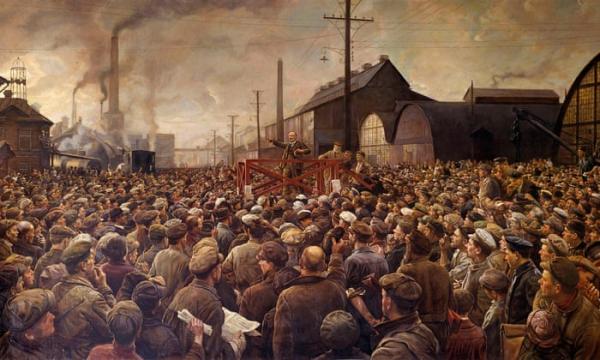 Nicholas B. Breyfogle received his Ph.D. (1998) and M.A. (1994) in Russian and European History from the University of Pennsylvania. He received his B. A. (1990) from Brown University in History and French Civilization. Professor Breyfogle is a specialist in Imperial Russian history, c. 1700 to 1917, especially the history of Russian imperialism and the non-Russian nationalities of the tsarist empire. His research interests include Russian colonialism, inter-eth... (More)

Mollie Cavender is a specialist in Russian history, with interests in 18th- and 19th-century Russian cultural, social and intellectual history. She has edited, with Choi Chatterjee, David Ransel and Karen Petrone, Everyday Life in Russia Past and Present (Indiana University Press, 2015), and is the author of "Provincial Nobles, Elite History and the Imagination of Everyday Life," in that volume, as well as Nests of the Gentry: Family, Estate and Local Loyalties in Provincial Russia (University of Delaware Press, 2007), and "'Kind Angel of the Soul and Heart': Domesticity and Family Correspondence among the Pre-Emancipation Russian Gentry" in The Russian Review (2002).

Scott Levi is a historian of the social and economic history of early modern Central Asia. In addition to his journal articles, book chapters and other publications, he has authored The Rise and Fall of Khoqand, 1709–1876: Central Asia in the Global Age (Pittsburgh University Press, 2017); Caravans: Indian Merchants on the Silk Road (Penguin, 2015); and The Indian Diaspora in Central Asia and its Trade, 1550-1900 (E. J. Brill, 2002). He has also edited India and Central Asia: Commerce and Culture, 1500–1800 (Oxford University Press, 2007) and co-edited (with Ron Sela) Islamic Central Asia: An Anthology of Sources (Indiana University Press, 2010). His current project, “Early Modern Connections: Global Integration and the 18th-Century Bukharan Crisis,” examines a number of ways that historical processes unfolding across the early modern world contributed to the collapse of the Bukharan Khanate. Professor Levi is a recipient of the 2011 OSU Alumni Award for Distinguished Teaching.

Students in the Russia/East Europe program receive a rigorous training in both teaching and research in a supportive and collegial environment. Our faculty works together in joint-advising arrangements to provide students with extensive contact and interaction both in and out of the classroom.

Students are trained in Russian and East European history, as well as in comparative and methodological minor fields. This diverse scope of geographical areas and historiographical fields produces intellectually wide-ranging scholars and prepares our students well for the demands of the job market, as our recent successes in job placement indicate. Check out the list of recent OSU PhD's in Russian, East European and Eurasian History

Graduate student funding packages and research support are among the best in the country.

The Ohio State University has one of the country's finest library collections in Russian and East European History. The Russia/East Europe collection contains 800,000 volumes, 1,400 serials, and 175,000 sources on microfilm. Basic reference works and current newspapers, magazines, and scholarly journals in Slavic languages and in English are available in the Slavic and East European Reading Room of the Main University Library.

For more information about the library resources contact Miroljub Ruzic, our Russian-East European Librarian or visit the East European and Slavic Studies website.

The Hilandar Research Library is among the special resources of the University Libraries system. A repository of microfilm copies of medieval Slavic manuscripts, the collection includes Church Slavonic, Russian, Bulgarian, Serbian, Turkish and Wallachian charters, edicts, and other documents dating from the early eleventh century to modern times. The Hilandar Research Library recently acquired over 1,200 manuscripts on microfilm from widely scattered and previously inaccessible libraries in Russia, making The Ohio State University the leading center of medieval and early modern Slavic studies in the United States. The Hilandar library offers research assistantships to students in the history department, as well as research facilities and the annual Medieval Slavic Summer Institute.

The graduate program in Russian/East European history is part of a large, vibrant network of Slavic and Eurasian studies at the University.

Information on requirements and application procedures for prospective graduate students.