For more than two generations, the Department of History has contributed, in a major way, to the production of African American recipients of the Ph.D. in history. It is probably still the case that no other Ph.D. program in the United States has produced more except Howard University.  W. Sherman Jackson and Robin Bernice Balthrope concentrated in Constitutional History; James Thomas Gillam and Christienne Hinz studied East Asia; Elisse Wright and Carol Anderson concentrated in Diplomatic History; and Sherwin Bryant focused on Latin America.  The majority of the graduates have, however, concentrated in combined areas of American (USA) and African-American history. 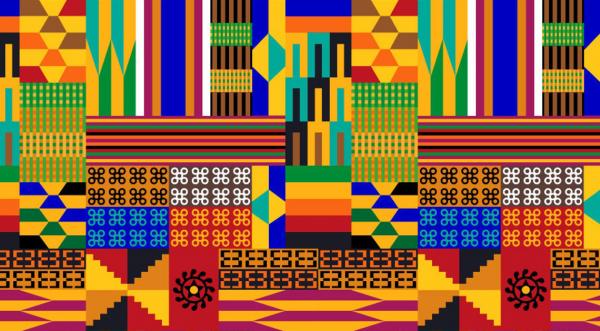 Among the earliest graduates are veritable pioneers, publishing books on African America before most scholarly presses took the subject seriously.  These scholars have, individually and collectively, compiled a distinguished record.  Carter G. Woodson, through his important Association for the Study of Negro Life and History imprint, published W. Sherman Savage's first book, The Controversy over the Distribution of Abolition Literature, 1830-1860" (1938).  Savage's next book, Blacks in the West (1976), led the way in the development of a new subspecialty.   Helen Edmonds, who also made a name for herself in the national political arena, published the first book in the country on fusion politics.  The Negro and Fusion Politics in North Carolina, 1894-1901 (1973; University of North Carolina Press, 1951) is still considered a standard work.  Earlie Thorpe, a prolific intellectual historian during his lifetime, was a pioneer in the areas of psychohistory and African American historiography.*  Chester Gregory published the first major scholarly book on women workers during World War II (Women in Defense Work during World War II:  An Analysis of the Labor Problem and Women Rights, (1974).  The scholarly production of these graduates is staggering when one considers that the authors taught in service-intensive, historically black colleges and universities with teaching loads that were regularly eight and ten courses a year.

The younger graduates are also making their mark.  Marvin R. Dulaney, after a distinguished early career in the University of Texas system, is currently Executive Director of The Avery Research Center, one of the most important archives in the country for twentieth-century and southern Civil Rights history.  Steeve Buckridge, who was ahead of the curve in combining the study of Africa, the Caribbean, and the United States, recently published The Language of Dress:  Resistance and Accommodation in Jamaica, 1760-1890 (University of the West Indies Press, 2004).  Carol Anderson's book, Eyes Off the Prize:  African American, The United Nations, and The Struggle for Human Rights, 1944-1952 (Cambridge, 2003), has won numerous national prizes.  She currently holds a fellowship at the Charles Warren Center for Studies in American History at Harvard University.

Almost all of this great work began before it was possible to complete a formal field in African American history at OSU.  With recent hires in the department and the considerable contributions of Kenneth Goings and Walter Rucker in the Department of African American and African Studies (Goings is Department Chair), Ohio State University joins its legacy of producing so many black scholars to a demonstrated commitment to the field of African-American history.

African-American Graduates and their Dissertation Titles

Felix James, 1972, "The American Addition:  The History of a Black Community"

Vibert Leslie White, 1988, "Developing a 'School' of Civil Rights Lawyers:  From the New Deal to the New Frontier"

Selika Marianne Ducksworth, 1994, "WHAT HOUR OF THE NIGHT:  Black Enlisted Men's Experiences and the Desegregation of the Army during the Korean War, 1950-51"

Lawrence Steven Little, 1994, "A Quest for Self-Determination:  The African-Methodist Episcopal Church in the Age of Imperialism, 1884-1916"

Charles Kenyatta Ross, 1996, "Outside the Lines:  The African-American Struggle to Participate in Professional Football, 1904-1962"

Stephen Gilroy Hall, 1999, "'To Give a Faithful Account of the Race':  History and Historical Consciousness in the African-American Community, 1827-1915"

Siri Danielle Briggs, 2001, "'The Wrongs That are Done and Suffered in Silence': Sexual Assault and Legal Fraternity in Nineteenth-Century Ohio"

Christienne Leigh Hinz, 2001, "Dismembered Remembrance:  Female Entrepreneurship and the Construction and Marketing of Japanese Modern Identity in the Twentieth Century"

Elisse Yvette Wright, 2002, "Birds of a Different Feather:  African-American Supporters of the Vietnam War in the Johnson Years, 1965-69"

Tiwanna Michelle Simpson, 2002, "'She Has Her Country Marks Very Conspicuous in the Face':  Africans in Early Georgia"

Derrick Edward White, 2004, "'New Concepts for the New Man': The Institute of the Black World and the Incomplete Victory of the Second Reconstruction"

James Thomas Jones, 2005, "Creating Revolution as We Advance:  The Revolutionary Years of the Black Panther Party for Self-Defense and those Who Destroyed It"

Sherwin Keith Bryant, 2005, "Slavery and the Context of Ethnogenesis:  African, Afro-Quiteños, and the Realities of Bondage in the Kingdom of Quito, 1600-1800"