The Graduate Degree in Ancient History at the Ohio State University

At Ohio State, the field of Ancient History is broadly defined both geographically and chronologically.  It includes the study of Greek and Roman history as well as the history of Late Antiquity and the East Roman (or Byzantine) Empire. We are especially strong in the areas of intellectual, religious, cultural, and social history. 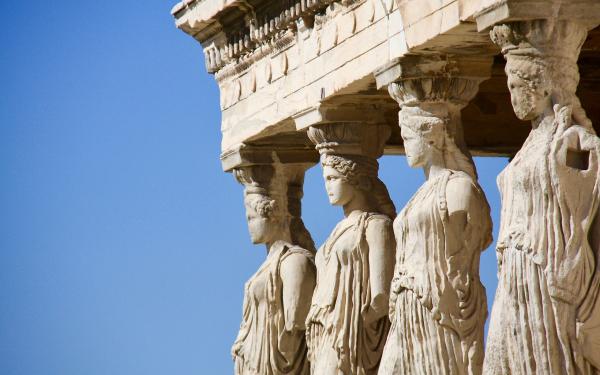 Faculty Areas of Interest and Expertise

We welcome applicants to our PhD program with broad interests in the pre-modern Mediterranean world, who desire to study the past from multiple perspectives and vantage points.  A successful applicant will have already studied Greek and Latin for at least three semesters at the university level, and have basic reading knowledge of at least one of two required modern languages (typically French and German).  They will also have a solid record of coursework in their chosen area of Ancient History, and have a clear sense of the kind of project that they wish to pursue as a dissertation.  A successful applicant will also have identified at least one OSU faculty member as a potential advisor through direct contact (typically via email) prior to submission of their application.

At this juncture, we do not offer a terminal M.A. in Ancient History.

Special Language Requirements for the Ph.D. in Ancient History

In addition to the course requirements laid out in the Graduate Handbook, all graduate students must complete the following language requirements in order to graduate with a Ph.D.:

Students in our PhD program are required to demonstrate proficiency in at least two ancient languages.  Typically, these languages are classical Greek and Latin.  However, in some cases, students may study other relevant languages, such as Syriac, Coptic, or classical Arabic.  Proficiency is demonstrated by written translations of ancient prose texts that faithfully and fully render their meaning, grammar, and syntax into good English prose.  Each exam will consist of two passages of text of approximately 30-40 OCT lines each drawn from a list of authors and works compiled by the student in consultation with his or her advisor and containing both required and optional authors and works.

In order to prepare for the exam, students must create reading lists of at least 200-250 OCT pages (or their equivalence) for each ancient language.

The Latin list must contain at least one forensic speech by Cicero (40-50 OCT pages) and one complete book from the Annales of Tacitus, as well as substantial portions of works by these and/or other authors or documents.  Students will be given two hours in which to complete the exam and may use a Latin-English dictionary (standard or online).

The Greek list must contain one or more forensic speeches by Lysias (40-50 OCT pages) and a substantial portion of one book of Herodotus (around 50 OCT pages) as well as substantial portions of works by these and/or other authors or documents..  Students will be given two hours in which to complete the exam and may use a Greek-English dictionary (standard or online).

All M.A. students must demonstrate the first stage of proficiency in one ancient language before the M.A. examination may be scheduled.

All Ph.D. students must demonstrate proficiency in all four ancient and modern languages before the general examination may be scheduled.

All Ph.D. students must demonstrate reading proficiency in two modern European languages other than English before the general examination may be scheduled.  Please consult the “Graduate Handbook” for paths to demonstrating proficiency.  In most cases, German and French are the required languages, although students may with the permission of their advisers substitute other languages, such as Italian or Modern Greek, when deemed appropriate.