The Modern European History field at Ohio State offers a rigorous and innovative graduate program with remarkable geographical and thematic breadth and depth. Our faculty members explore various aspects of the political, social, cultural, intellectual, diplomatic, and military history of Modern Europe as well as the history of science and technology, environmental history, gender and women's history, Jewish history, colonial and post-colonial history, and historiography. Geographically, they cover the entire continent from Britain, France, Germany and Scandinavia to Eastern Europe and Russia to the European overseas empires. Our faculty members also engage in thematic, comparative, interdisciplinary, and collaborative work that allows them to incorporate in their research and teaching a global and transnational perspective on the European continent and its history. 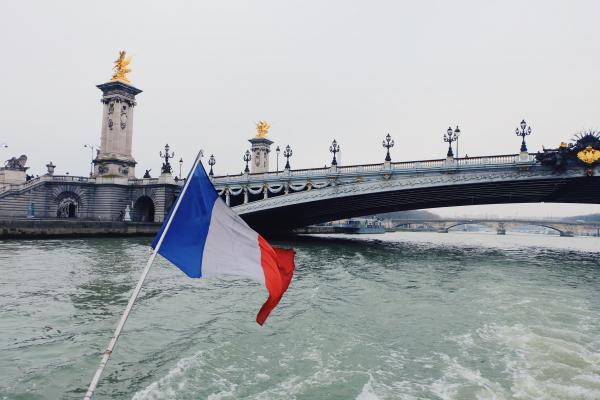 Elizabeth Andrews Bond specializes in modern European cultural history and digital history, with a focus on the French Enlightenment and French Revolution. She is the author of The Writing Public:  Participatory Knowledge Production in Enlightenment and Revolutionary France (Cornell University Press, 2021). Her current research projects include a book on the inoculation debates of the eighteenth century and a digital history of the first French daily newspaper, the Journal de Paris.

Nicholas Breyfogle specializes in imperial Russian history, especially the history of Russian imperialism, as well as environmental history. He is the author of Heretics and Colonizers: Forging Russia's Empire in the South Caucasus (Cornell, 2005) and the co-editor of Peopling the Russian Periphery: Borderland Colonization in Eurasian History (Routledge, 2007). He is currently working on an environmental history of the Lake Baikal region of Siberia, tentatively entitled Baikal: The Great Lake and its People.

Mollie Cavender (Mansfield Campus) works on eighteenth- and nineteenth-century Russian cultural, social and intellectual history. She is the author of Nests of the Gentry: Family, Estate and Local Loyalties in Provincial Russia (University of Delaware, 2007).

Alice Conklin specializes in the history of modern France and its empire, with a particular emphasis on the relationship between ideas and practices. She is the author most recently of In the Museum of Man: Race, Anthropology, and Empire in France, 1850-1950 (Cornell, 2013). Her earlier books include A Mission to Civilize: The Republican Idea of Empire in France and West Africa, 1895-1930 (Stanford, 1997); European Imperialism: Climax and Contradictions (co-author, Houghton Mifflin, 1998); and Modern France and its Empire, 1870-2005 (co-author, Oxford, 2014). Her current project, tentatively entitled Race by Another Name: France and the UNESCO Antiracist Campaign, 1947-1962, looks at French antiracism in the postwar decade in comparative perspective.

Theodora Dragostinova is a specialist in Modern Eastern European history, with a focus on comparative nationalism, immigrants, refugees, and minorities in modern Europe, communism in Eastern Europe, and the global Cold War. She is the author of Between Two Motherlands: Nationality and Emigration among the Greeks in Bulgaria, 1900-1949 (Cornell University Press, 2011); and the co-editor of Beyond Mosque, Church, and State: Alternative Narratives of the Nation in the Balkans (CEU Press, 2016). Her most recent book is The Cold War from the Margins: A Small Socialist State on the Global Cultural Scene (Cornell University Press, 2021). She is involved in various migration initiatives on campus in her role as the Faculty Fellow of the Im/Mobility focus area of the Global Arts & Humanities Discovery Theme.

James Genova (Marion Campus) specializes in the colonial and post-colonial history of French-speaking West Africa. He is the author of Colonial Ambivalence, Cultural Authenticity, and the Limitations of Mimicry in French-Ruled West Africa, 1914-1956 (Peter Lang, 2004). His second book project, Moving Images and Distant Words: The Culture Wars of Decolonization in French/Francophone West Africa, 1945-1970, examines the cultural politics of decolonization through the prism of battles on the literary and cinematic terrain.

David Hoffmann, College of Arts and Sciences Distinguished Professor of History, is a specialist in Russian and Soviet history, with a particular focus on the political, social, and cultural history of Stalinism. His most recent monograph is The Stalinist Era (Cambridge University Press, 2018). He is also the author of Cultivating the Masses: Modern State Practices and Soviet Socialism, 1914-1939 (Cornell University Press, 2011), Peasant Metropolis: Social Identities in Moscow, 1929-1941 (Cornell University Press, 1994), which won the Ohio Academy of History award for best book in 1995, and of Stalinist Values: The Cultural Norms of Soviet Modernity, 1917-1941 (Cornell University Press, 2003), which analyzes Soviet official culture and the ideological and behavioral norms it was designed to instill. He is also the editor of Stalinism: The Essential Readings (Blackwell Publishers, 2002), and co-editor of Russian Modernity: Politics, Knowledge, Practices (Macmillan Publishers Ltd., 2000). He is currently writing a book, The Motherland Calls: War, Gender, and Memory in the Soviet Union, 1941-1991.

Robin Judd is a specialist in Modern European and Jewish history. She is the author of Contested Rituals: Circumcision, Kosher Butchering, and German-Jewish Political Life in Germany, 1843-1933 (Cornell, 2007). She is currently completing a new project, Love, Liberation, and Loss: Jewish Survivors and Military Spouses after the Holocaust, 1943-1950, which offers a transnational history of Jewish recovery and communal reconstruction after the Holocaust. The recipient of seven teaching awards, Judd has been part of the leadership team of the Migration, Mobility, and Immobility project at OSU.  She is Vice President of Programming of the Association for Jewish Studies and the American editor of the Journal of Modern Jewish Studies.

Stephen Kern specializes in modern European and American cultural and intellectual history. His publications include The Culture of Time and Space: 1880-1918; The Culture of Love: Victorians to Moderns; A Cultural History of Causality: Science, Murder Novels, and Systems of Thought; The Modernist Novel; and Modernism After the Death of God. His current research project involves a study of the impact of transportation and communication technologies on time and space over the past forty years.

Christopher Otter specializes in the history of post-1800 Britain and its empire, with particular focus on the history of science, technology, and medicine. He also works on urban history and the history of food. He is the author of The Victorian Eye: A Political History of Light and Vision in Britain, 1800-1910 (Chicago, 2008) and Diet for a Large Planet: Industrial Britain, Food Systems, and World Ecology (Chicago, 2020).

Birgitte Søland works on European women's and gender history. She is the author Becoming Modern: Young Women and the Reconstruction of Womanhood in the 1920s (Princeton, 2000), and she has co-edited Gender, Kinship, Power: A Comparative and Interdisciplinary History (Routledge, 1996), and Secret Gardens, Satanic Mills: Placing Girls in European History, 1750-1960 (Indiana, 2004). Her current work focuses on the history of youth, children and children's rights, with a particular emphasis on orphans.

Graduate students at The Ohio State University may develop either a major or minor field in Modern European History, working with individual faculty members to tailor their interests in a particular geographical or thematic area. Each year, our faculty members offer a variety of graduate courses that provide vigorous training in diverse aspects of the historiography and history of Modern Europe. Our students also receive comprehensive foreign language training to facilitate their research in overseas institutions.

All admitted graduate students receive guaranteed multi-year funding packages from the History Department in the form of fellowships, teaching associate-ships, or research associate-ships.

The History Department, the Graduate College, the Office of International Affairs, the Mershon Center, and other offices on campus provide numerous additional funding opportunities for dissertation research and writing as well as conference travel. Many of our students win Foreign Language and Area Studies (FLAS) Fellowships as well as nationally competitive fellowships, such as Fulbright-Hays, IREX, ACTR, and SSRC.