Welcome to the Military History Program at Ohio State! 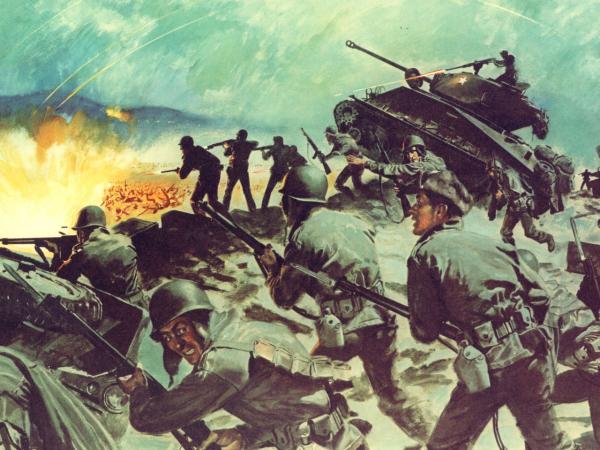 Founded in the mid-1970s, the Ohio State University military history program is recognized as among the strongest in North America. It routinely attracts the finest graduate students, some of them serving officers and others civilians, and exposes them to a demanding, broad-based curriculum that respects the field's traditional emphases while encouraging them to relate war to other aspects of History.

The military history field is part of a larger constellation—Human Conflict, Peace, and Diplomacy—that brings together Ohio State scholars in a number of disciplines, to include military and diplomatic history, political and economic historians, various geographic fields, and psychology and political science.

Courses offered by the Department of History in Military History.

The video below, "Military Conflict and its Role in Human History", "O-H-I-O!" on the Big 10 network, ran on Tuesday, Feb. 22, 2011. It showcases the military history program at Ohio State and Dr. Peter Mansoor's role in it. (Video courtesy of WOSU Public Media.)