Friends of the Department of History at Ohio State

Mail the completed reservation form as well as your $1,000 deposit check to the History Department. Checks can be made out to The Ohio State University Department of History. If there are multiple guests in your party, be sure to include a reservation form and check for each person. Ship these to the following address: 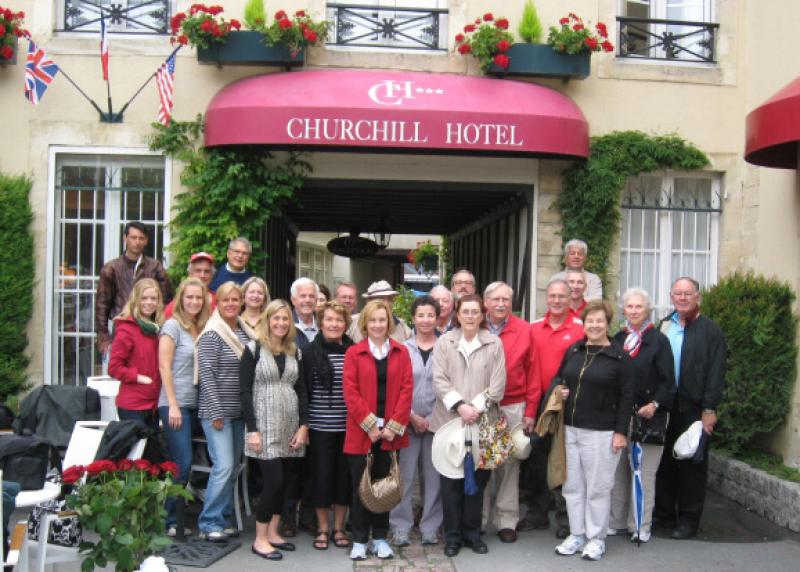 For an additional fee, arrive in London on June 15 and make your way from the airport to the Strand Palace Hotel. The next morning, it’s, “All Aboard!” Take the train from London to Bletchley Park, home of the Ultra code-breakers, made famous in the 2014 film, The Imitation Game. The recently restored site tells the story of how a dedicated group of cryptologists changed the course of World War II by cracking the German Enigma cypher. For World War II enthusiasts, this experience is not to be missed!

DAY ONE | JUNE 17 | LONDON
Depart your gateway city for London, England. Upon arrival, transfer from the airport and check-in to the Strand Palace Hotel. Later that evening, join Ohio State Professors and WWII experts Peter Hahn, Peter Mansoor and David Steigerwald for a guided tour of Churchill’s War Rooms. After the tour, join your fellow travelers for a Welcome Reception and Dinner in the famous Harmsworth Room, which features an original 1940’s electric generator wall with L.E.D’s, switches and dials.

DAY TWO | JUNE 18 | LONDON
Take the London Underground (Tube) to the Imperial War Museum, London. The IWM collections stretch from the everyday to the  exceptional. They contain some of the most important technical, social, economic, political, personal and cultural artifacts relating to Britain and its role in twentieth-century conflict.

DAY THREE | JUNE 19 | LONDON & BAYEUX
Our air-conditioned motor coach will transfer you from London to Portsmouth, where you will board a ferry to Caen, France. Upon arrival in Caen, you will transfer to the Churchill Hotel in Bayeux, the heart of Normandy. Later that evening, the group will gather for a three course meal at the charming La Taverne des Ducs.

DAY FOUR | JUNE 20 | BAYEUX
Today you will receive an introduction to Operation Overlord (Battle of Normandy). We’ll visit Pegasus Bridge, then travel to Arromanches via Sword, Juno and Gold beaches. We’ll end the day at the Commonwealth War Cemetery and with an optional visit to the Bayeux Tapestry.

OPTIONAL TOUR OPPORTUNITY: For an additional fee, learn the story of the conquest of England in 1066, told in embroidery. The Bayeux Tapestry tells the epic story of William, Duke of Normandy, who became King of England in 1066 after the Battle of Hastings. Most historians believe that the embroidery was commissioned to decorate the nave of the new cathedral of Notre-Dame of Bayeux, consecrated on July 14, 1077.

DAY SIX | JUNE 22 | BAYEUX
Our tour of Normandy concludes with a look at Point du Hoc, the 100-ft cliff overlooking the English Channel that was captured by the U.S. Army Ranger Assault Group on D-Day, followed by an outing to Omaha Beach, the beach depicted in the film Saving Private Ryan, and an emotional visit to the Normandy American Military Cemetery. The group will gather for a lunch at a local restaurant.

DAY SEVEN | JUNE 23 | BAYEUX & PARIS
Our deluxe motor coach will transfer you to Paris, where you will stay at the Pullman Montparnasse Hotel Arena.

DAY EIGHT | JUNE 24 | PARIS
You will have a full day in Paris, which will include entrance to Musee de l’Armee (Army Museum), which houses nearly 500,000 works, covering military history over a chronological period ranging from prehistory to the present day. Wear your walking shoes as you take a private Wartime Walking Tour of Paris.

DAY NINE | JUNE 25 | PARIS & KRAKÓW
After breakfast, transfer to Paris CDG airport to board your flight to Kraków, Poland, where you will stay at the Holiday Inn Kraków Center.

DAY TEN | JUNE 26 | KRAKÓW
Explore historic Kraków. Activities include a tour of Oskar Schindler’s Factory. Oskar Schindler was a German entrepreneur and member of the Nazi party credited with saving approximately 1,200 Jews by employing them in his factories so they could avoid death in Nazi labor camps. His story became well-known because of the Steven Spielberg movie, Schindler’s List.

DAY ELEVEN | JUNE 27 | KRAKÓW & OŚWIĘCIM
Experience a full-day excursion to Oświęcim for a guided tour of the concentration and extermination camps Auschwitz I and Auschwitz II-Birkenau. You will return to the Holiday Inn Krakow Center for an evening of quiet reflection.

DAY THIRTEEN | JUNE 29 | BERLIN
Your full-day tour will include a Wartime Walk of Berlin.

DAY FOURTEEN | JUNE 30 | BERLIN
On your final day of this amazing tour, you will have a guided tour of Wannsee House, where leading figures in the Nazi government and SS met to discuss their socalled Final Solution to the Jewish Question. Then visit the Cecilienhof Palace, where the heads of the Soviet Union,United Kingdom and United States met for a summit after VE day. Finally, the group will stop at the Olympic Stadium, location of the 1936 Olympic Games, where Ohio State’s Jesse Owens won four gold medals. Your tour ends with a special group dinner at Mutter Hoppe restaurant.

DAY FIFTEEN | JULY 1 | BERLIN & HOME
After breakfast, make your own way to Berlin Brandenburg airport for your return flight home.

VISA REQUIREMENTS
The European Union will introduce an electronic visa waiver system in 2022. No precise date has been set yet, but we prefer to advise you in advance so there are no surprises. People travelling from countries to the EU that do not currently have to apply for a Schengen visa will still need to apply online and pay a small fee for a visa waiver via the new European Travel Information and Authorization System (ETIAS). The UK, which is no longer part of the EU, is working on a similar scheme, which may be introduced in 2023. More information will be  provided as it becomes available.

RESERVATIONS
Using the words of Dwight D. Eisenhower, tell us, “Okay, let’s go.” Show us your interest in booking this once-in-a-lifetime experience by
contacting us through email or phone at:
Email: Budreau.5@osu.edu
Phone: 614-247-7686 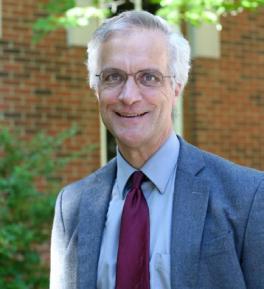 PROFESSOR PETER HAHN
An accomplished research scholar, Professor Hahn has published seven books on the history of American diplomacy in the Middle East, most recently Missions Accomplished? The United States and Iraq since World War I and Historical Dictionary of U.S.-Middle East Relations, as well as scores of articles, essays, and reviews. Professor Hahn has conducted research in the archives of the United States, Israel, Britain, and France; delivered scholarly papers and invited lectures in eleven countries; consulted with policymakers in the U.S. Departments of State, Defense, and Justice and with senior officers of the Ohio National Guard; and given interviews to the media on five continents. 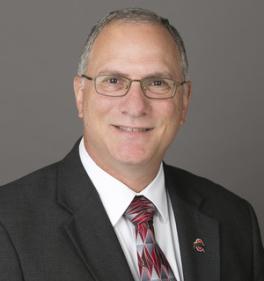 PROFESSOR PETER MANSOOR
Professor Peter Mansoor, Colonel, U.S. Army (Ret.), is the General Raymond E. Mason Jr. Chair of Military History and the recipient of the 2018 Distinguished Undergraduate Research Mentor Award. A distinguished graduate of the United States Military Academy, Colonel Mansoor served in a variety of command and staff positions in the United States, Europe, and the Middle East during his military career, including two combat tours in Iraq. Professor Mansoor is the author of The GI Offensive in Europe: The Triumph of American Infantry Divisions, 1941-1945, winner of the Society for Military History distinguished book award. 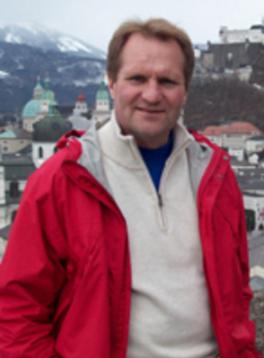 PROFESSOR DAVID STEIGERWALD
Prof. Steigerwald is the director of the history department’s Transnational History of World War II Study Abroad Program. He teaches courses in twentieth century America, ranging from WWI through the Sixties. He is the author of Wilsonian Idealism in America (Ithaca, 1994) and The Sixties and the End of Modern America (New York, 1995), and he co-authored, along with Michael Flamm, Debating the Sixties: Liberal, Conservative, and Radical Perspectives (2007). Steigerwald has twice been honored with Phi Alpha Theta Zeta Chapter’s Clio Award for Outstanding Teaching in History, and he also is the recipient of the university’s highest recognition for teaching excellence, the Alumni Distinguished Teaching Award.