The Department of History offers graduate programs in early modern and modern Jewish history leading to both the MA and Ph.D. degrees. Graduate students participate in reading seminars in their major and minor fields within Jewish history, and in thematic seminars.

Graduate students benefit from the enormous breadth of expertise and interests of the Ohio State history faculty, including specialists in the ancient near east, medieval Islam, twentieth century Jewish intellectual life, Nazi science and U.S.-Israeli diplomatic relations. In addition, Jewish history faculty and students are part of the Melton Center for Jewish Studies, one of the largest and most diverse Jewish studies programs in the country. The Melton Center also offers funding for graduate students over and above what is available through the Department of History. 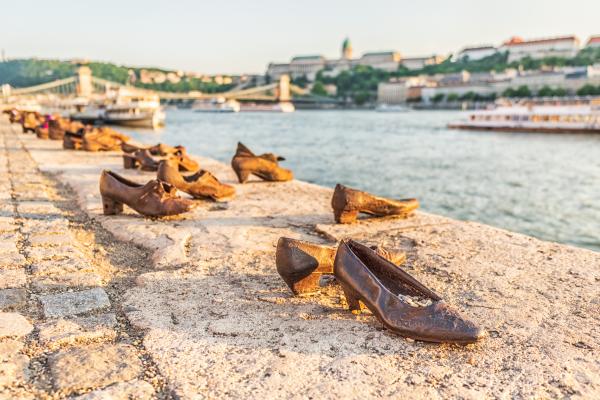 Professor Emeritus Alan Beyerchen teaches and researches in nineteenth and twentieth century German history. His graduate students have completed dissertations on a variety of topics in cultural, socio-economic and political history. He is personally interested in cultural history. His research focuses on the relationships among science, technology, and modern values as reflected in the economic and political developments of nineteenth- and twentieth-century Germany.

Professor Emeritus Carole Fink has been a section editor of the AHA Guide to Historical Literature as well as of Peace/Mir: An Anthology of Historical Perspectives to War. She teaches courses in 19th and 20th century European international history, Europe Since 1945, and European Historiography. Her current research is on German Ostpolitik after 1966 and German-Israeli relations in the 1960s as well as on refugee problems during the 1920s and 1930s.

Professor Daniel Frank (NELC) is Coordinator of OSU's Hebrew language program. Dr. Frank's primary field of research is the history, literature, and doctrines of the Karaites, an ancient Jewish sect which does not accept the authority of the Talmud. His other areas of expertise include medieval Jewish history, literature, and culture especially Judeo-Arabic literature and biblical exegesis.

Professor Jane Hathaway is an expert on the Ottoman Empire before the 19th century, and more particularly Egypt and Yemen. She has published two books: The Politics of Households in Ottoman Egypt: The Rise of the Qazdaglis, and A Tale of Two Factions: Myth, Memory, and Identity in Ottoman Egypt and Yemen, which won the 2005 Ohio Academy of History Outstanding Publication Award.

Professor Sam Meier (NELC) serves as adjunct professor of History, where he teaches the both the History of ancient Israel and History of the Second Commonwealth. Dr. Meier is the Coordinator of the Hebrew Program at The Ohio State University. He is presently engaged in research in the Deuteronomistic History and prophecy in ancient Israel. He has a courtesy appointment in the Department of History.

Professor Ori Yehudai is the Saul and Sonia Schottenstein Chair in Israel Studies. His research focuses on modern Jewish history with special emphasis on Zionism and the State of Israel, migration and displacement, the postwar reconstruction of the Jewish world, and transnational humanitarianism. His first book, Leaving Zion: Jewish Emigration from Palestine and Israel after World War II will be published in spring 2020 by Cambridge University Press. He is currently working on a new book project dealing with the history of non-Jewish immigration to Israel.