The Ohio State History Department includes many scholars whose primary focus is the history of Africa. We study Africa in all of its geographical regions and in a great variety of subject areas. We welcome enquiries from potential graduate students who seek doctoral training from our robust Africanist faculty. 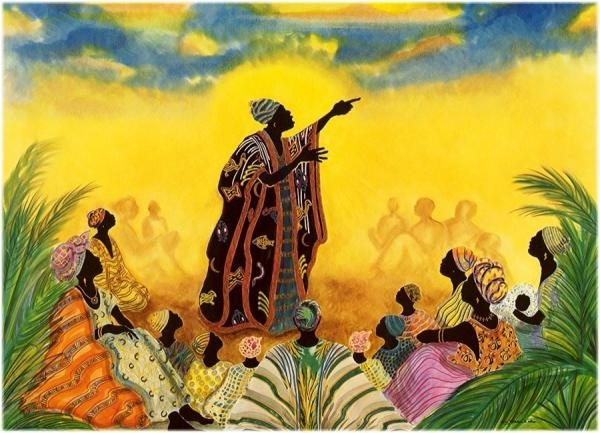 Faculty geographic and thematic specialties include:

James Genova, Professor. Ph.D., State University of New York at Stony Brook. James Genova is a specialist in the history of modern Francophone West Africa. His research interests include cultural history, African cinema, post-colonialism, imperialism and decolonization,  identity formation, globalization, and processes of social change. He is the author of Cinema and Development in West Africa (Indiana University Press, 2013) and Colonial Ambivalence, Cultural Authenticity, and the Limitations of Mimicry in French-Ruled West Africa, 1914-1956 (Peter Lang, 2004). He is currently writing a biographical study of Thomas Sankara, President of Burkina Faso from 1983 to 1987. Dr. Genova currently teaches courses on African, World, French, and Islamic History in addition to classes on globalization, genocide, war and revolution, and African cinema.

Ousman Kobo, Associate Professor. Ph.D., University of Wisconsin-Madison. Ousman Kobo is a specialist in Islamic History in Africa with a regional focus on West Africa. His book, "Unveiling Modernity in West African Islamic Reforms, 1950-2000," (Brill Publishers, 2012), documents and compares the histories of contemporary Islamic reforms associated with Wahhabism in Ghana and Burkina Faso. The book also examines the ways the rise of Wahhabi-inclined movements at the end of colonial rule helps us understand Muslims' engagements with modernity. He also has several articles in peer review journals.

Thomas F. McDow, Associate Professor. Ph.D., Yale University. Thomas McDow is a specialist in East African and Indian Ocean history. His book “Buying Time: Debt and Mobility in the Western Indian Ocean,” (Ohio University Press, 2018) details the networks of finance and kinship that linked interior oases of Arabia with the Swahili coast of East Africa and as far as the Congo River watershed. He also teaches and carries out research on the history of health and healing, with an emphasis on HIV/AIDS.

Ahmad Sikainga, Professor. Ph.D., University of California, Santa Barbara. His research and teaching include social and economic history of modern Africa with a focus on slavery, labor, urban history, and popular culture. The geographical focus of his research embraces northeast Africa, the Red Sea region, the Nile Valley, and the Persian Gulf. His published books include Slaves into Workers;  City of Steel and Fire, and Africa and World War II. His teaching includes general intro courses in African history, slavery and labor, the African Diaspora in the Middle East and the Persian Gulf,  African and World War II, Revolution, Nationalism, and Socialism in modern Africa, history of the Horn of Africa, and Muslim Spain and North Africa.

Sarah Van Beurden, Associate Professor, Ph.D., University of Pennsylvania. Dr. Van Beurden is a specialist in colonial and postcolonial central African and transnational history.  She is interested in the ways culture is constructed, represented, and used in political contexts and has published on the history of museums, art restitution, decolonization, heritage and conservation politics, as well as the history of anthropology and art history. Her book Authentically African: Arts and the Transnational Politics of Congolese Culture  (Ohio University Press, 2015) investigates the role of museum politics in the legitimation of the Belgian colonial regime and the postcolonial Mobutu regime in Congo/Zaire. Dr. Van Beurden has a joint appointment with the Department of African-American and African Studies and is also an associated faculty member of the History of Art Department.

Among the African languages frequently offered at the Center for Languages, Literatures, and Cultures are Somali, Swahili, and Zulu.

The Ohio State University History Department offers courses at both the undergraduate and graduate levels in African History. Several courses are cross-listed with African-American and African Studies.