The field of American History to 1877 provides students an opportunity to explore the social, economic, cultural, political, military, and legal history of the first contacts between native Americans, Europeans, and Africans, the founding and development of the North American colonies, the American Revolution, the constitutional establishment of the United States, and its development through the period of the Civil War and Reconstruction. 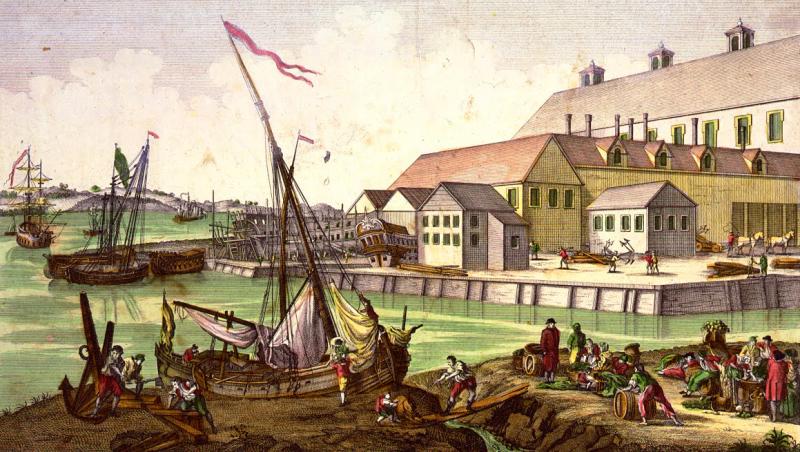 Courses in American History to 1877

Graduate courses are offered on a regular basis, with a careful consideration of the particular needs of the graduate students in residence.

Courses in American History to 1877

Candidates for the Ph.D. take written and oral examinations in the year following the completion of their course work. The faculty in early American History have developed a series of lists [doc] to assist in preparing for these exams.

The Ohio Seminar in Early American History and Culture

Founded in 1992, the Ohio Seminar in Early American History and Culture draws together faculty and graduate students in history, art history and literature from around the state of Ohio. It meets several times a year on the Ohio State campus to discuss a research paper that has circulated among participants in advance of the meeting. The seminar is organized by Ph.D. candidates in Early American History..

Resources for Research in American History to 1877 at OSU

The Ohio State University Library is one of the largest public libraries in the United States, with over five million volumes and subscriptions to over 36,000 journals. It has an outstanding collection of secondary materials in American history to 1877, virtually everything published on the subject in English, and many foreign languages as well. The library also has large holdings of primary materials. It has all the material in the Early American Imprint series  on-line, as well as Nineteenth-Century United State Newspapers, Early English Books, and many other on-line resources.  . The materials in the English Short Title Catalogue are available in microform and, in may cases, in print.

The library holds over a million titles relating to history, women's studies, African-American studies, foreign relations, and government in microform, including selected British and American newspapers. You can check out the newspaper holdings. It also holds microfilmed manuscripts relating to the American Revolution, wide-ranging microfilmed sources on American women's and family history, African American history and slavery, microfilmed and published correspondence of American political leaders.

Beyond these on-campus resources, the library is connected to a broad number of bibliographical electronic databases and on-line journals and other materials. It also has access to the Center for Research Libraries, which has a large collection of primary and secondary sources in American history, and to all the books and materials held in other Ohio research libraries, through OhioLink.

Columbus is home to the Ohio History Connection, a rich source of material on nineteenth-century Ohio, regional, and national history. Besides holding the state archives and nineteenth-century court records, it houses the private papers of Ohio political, social, and cultural leaders; nineteenth-century Ohio newspapers, catalogued by date and location of publication; city and county guides; and numerous artifacts. The Ohio History Connection also maintains collections of local court and other records at several regional locations and maintains historical sites around the state.

OSU graduate students also have the opportunity to pursue scholarship in the context of the American Indian Studies Consortium, newly established at the Newberry Library in Chicago, under the auspices of the Committee for Institutional Cooperation, including leading universities from throughout the Midwest. Graduate students at CIC institutions will be able to apply for 20 months of short-term fellowships to support dissertations on topics in American Indian topics, and to attend annual conferences and more frequent work shops and seminars.