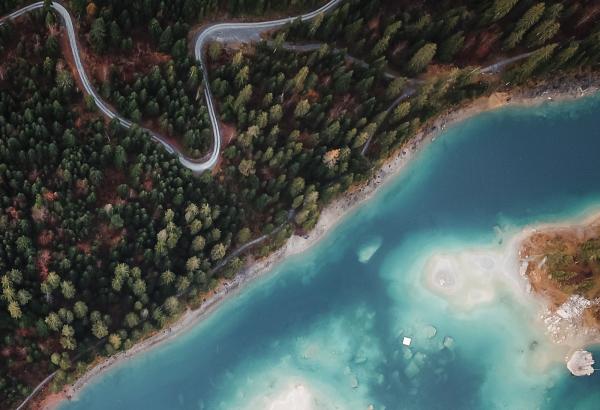 Nicholas Breyfogle is specialist in environmental and water history globally, especially in Russia/Soviet Union. He is the author/editor of five volumes, with four more forthcoming. These include an environmental history of the world’s oldest and deepest lake, Lake Baikal, and edited works on Russian/Soviet environmental history, American environmental history in World War II, and global, comparative water history. For the last ten years he has been Editor of the online magazine, Origins: Current Events in Historical Perspective http://origins.osu.edu. He teaches courses on the history of water and plans future research on “water and war” and “a human history of water.” Breyfogle also serves on the Leadership Team of the Sustainable and Resilient Economy initiative at Ohio State.

John Brooke has been teaching Global Environmental History since 1994. He is the author of Climate Change and the Course of Global History: A Rough Journey, Cambridge University Press, 2014. This book presents an overview interpretation of the human condition over the past five million years integrating the recent advances in climate science, genetic and bioarcheaological studies, epidemiology, and energy-technology analysis with major questions of environmental, demographic, and economic history. As the director of the Center for Historical Research, he co-chaired the 2011-2013 CHR Program in Health, Disease, and Environment in World History.

Kip Curtis is an environmental historian whose scholarship has focused on capitalism and nature in the western mining industry and Henry David Thoreau. His first book, Gambling on Ore: The Nature of Metal Mining in the United States, was published in 2013.  He is currently working on an essay exploring the role of mineral geography in shaping natural resource strategy during and after World War II and has begun a manuscript project exploring the intersection of gold rushes and cross-cultural violence in the 19th century United States West.  In addition to his historical scholarship he is leading a food systems intervention project in Mansfield Ohio as part of his Ecology and Social Justice initiative on campus.

Jennifer Eaglin is an assistant professor of environmental history/sustainability. Her work focuses on the history of alternative energy in Brazil with particular focus on ethanol development in the twentieth century. She completed her doctorate at Michigan State University and is currently transforming her dissertation, “Sweet Fuel: The Socio-Political Origins of the Ethanol Industry in Ribeirão Preto, São Paulo, 1933-1985” into a book manuscript. Eaglin is also a member of the Sustainable and Resilient Economy Discovery Group at OSU.

Eaglin received her Master’s at Johns Hopkins University-School of Advanced International Studies (SAIS) in Latin American Studies and International Economics with a specialization in Emerging Markets and her Bachelor’s from Spelman College.

Bart Elmore earned his B.A. in history from Dartmouth College in 2004 and his M.A. (2007) and Ph.D. (2012) from the University of Virginia, specializing in global environmental history and American history. In 2012, he accepted the Ciriacy-Wantrup Postdoctoral Fellowship in Natural Resource Economics and Political Economy at the University of California, Berkeley. He then served three years as Assistant Professor in the Department of History at the University of Alabama beginning in 2013 and helped start the department’s environmental history program before joining the OSU faculty in 2016. He was a Carnegie Fellow at New America for 2016-2017.

In addition to serving in the history department, Bart is a member of the Sustainable and Resilient Economy Discovery Group at OSU. His first book, Citizen Coke: The Making of Coca-Cola Capitalism (W. W. Norton, 2015) won the Axiom Business Book Award for best business commentary in 2015 and the Council of Graduate Schools 2016 Gustave O. Arlt Award in the Humanities. The project, which examines the environmental impact of Coca-Cola’s worldwide operations, grew out of his dissertation at the University of Virginia, but the roots of Bart’s interest in Coca-Cola run deeper, as he grew up in Atlanta, Georgia, the heart of Coke country. Continuing his research at the nexus of business and global environmental history, Bart is completing a manuscript that details the international ecological history of the Monsanto Company. He currently edits the Histories of Capitalism and the Environment Series at West Virginia University Press.

In addition to these pursuits, Bart works to reach beyond the academy and has contributed to The Huffington Post, Salon, and other popular media outlets. When not at his desk or teaching, he spends his time paddling down streams, biking up whatever hills he can find, and trekking to nearby mountains.

Professor Otter is a specialist in modern British history, with particular focus on the history of science, technology and public health, environmental history and the history of food. His first book, The Victorian Eye: A Political History of Light and Vision in Britain, 1800-1910, was published by the University of Chicago Press in 2008. He has published articles in numerous journals, including Environmental History, Cultural Geographies, Food and History, Urban History and History of Technology.
His latest book, Diet for a Large Planet: Industrial Britain, Food Systems, and World Ecology (University of Chicago Press, 2020) is global in focus, and explores the causes, consequences, and experience of a shift to a diet rich in animal protein, wheat, and sugar. These consequences include novel regulatory systems, geostrategic visions, bodily transitions and ecological vulnerabilities.
Professor Otter is also working on three new projects. The first is a deep history of our planet’s “newest sphere” – the technosphere. This history will be told by utilizing a multiscalar structure: equipment, capsules, networks, anthromes and anthropogenic sinks. The second is a study of how Victorian Britain developed a planetary reach, told through the history of the technosphere. The third is an exploration of the relationship between technology and neurodiversity since 1800, which explores how conditions such as depression, ADHD, and autism can be studied as co-emerging with novel technological milieu. These histories aim to situate our ecological, biological, phenomenological and psychological relationship with our technological niche within a deeper historical context.

Geoffrey Parker has taught in the UK (Cambridge and St Andrews), Canada (UBC) and the US (Illinois, Yale, and Ohio State), and directed more than 30 doctoral dissertations to completion. He has published books and articles on military history (The Military Revolution: Military Innovation and the Rise of the West, 1988, revised edition 1996) and early modern Europe (Imprudent King: a new life of Philip II, 2014, paperback edition 2015). He has also published a major work of global environmental history, Global Crisis: War, Climate Change and Catastrophe in the Seventeenth Century (Yale University Press, 2013; paperback edition, 2014; abridged and revised edition, 2017). His work has been translated into many languages, and has won several prizes, including the biennial Heineken Prize for History in 2012 and a British Academy Medal for a landmark scholarly achievement (Global Crisis) in 2014.

Randolph Roth is a professor of History and Sociology at Ohio State and a Fellow of the American Association for the Advancement of Science. He specializes in the history of the United States from colonial times to the present, with an emphasis on social and cultural history, the history of crime and violence, environmental history, the history of religion, the history of democracies, global history, quantitative methods, and social theory. He has served as a member of the National Academy of Sciences Roundtable of Crime Trends (2013-2016), which investigated the causes of the drop in crime rates across the affluent world since the 1970s, and as a member of the Editorial Board of the American Historical Review (2014-2017).

Professor Roth is the author of American Homicide (The Belknap Press of the Harvard University Press, 2009), which received the 2011 Michael J. Hindelang Award from American Society of Criminology for the outstanding contribution to criminology over the previous three years, and the 2010 Allan Sharlin Memorial Prize from the Social Science History Association for an outstanding book in social science history. American Homicide was also named one of the Outstanding Academic Books of 2010 by Choice.

Sam White is associate professor of environmental history at the Ohio State University.  He earned his M.A. in Middle East Studies and Modern History from the University of St. Andrews (Scotland) in 2002 and his Ph.D. in history from Columbia University in 2008.  His research focuses on reconstructing historical climate and weather and their human impacts, drawing on written sources and scientific studies.  He is the author of two monographs—The Climate of Rebellion in the Early Modern Ottoman Empire (Cambridge University Press, 2011) and A Cold Welcome: The Little Ice Age and Europe’s Encounter with North America (Harvard University Press, 2017)—as well as various articles and chapters in both historical and scientific books and journals.  Prof. White is lead editor of the forthcoming Palgrave Handbook to Climate History and the co-founder and website administrator of the Climate History Network.  His publications have won several prizes, including the Middle East Studies Association Albert Hourani award and American Society for Environmental History Leopold-Hidy Award.  He teaches in various areas of global and American environmental history as well as Big History.