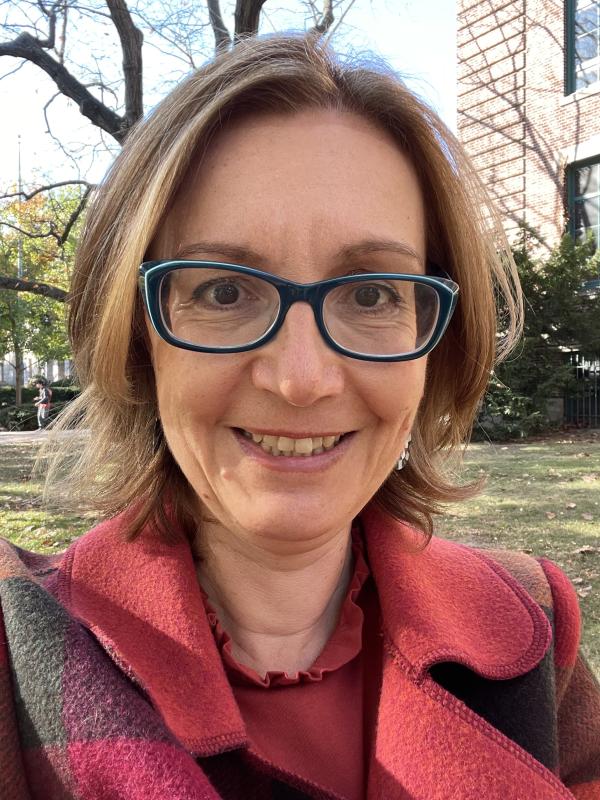 Theodora Dragostinova studies transnational and global processes in modern Europe, with an emphasis on eastern Europe, the Balkans, and Bulgaria. She is interested in how nationalism, war, shifting borders, and migration dynamics shape the choices of states, communities, and ordinary people. She examines the place of small states and marginal actors in important global developments, from war and displacement to Cold War political tensions to cultural interactions across continents. She interrogates the place of the European peripheries in the pan-European and global imagination. She writes history that considers larger structures, local dynamics, and human agency. 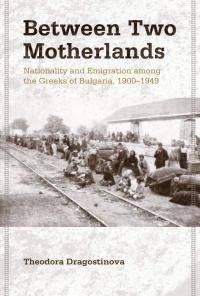 Professor Dragostinova is the author of Between Two Motherlands: Nationality and Emigration among the Greeks of Bulgaria, 1900-1949 (Cornell University Press, 2011). Focusing on the Greek minority in Bulgaria, the work illuminates the complex choices of people in the Balkans as the Ottoman Empire came to an end, nation-states fought for territories and populations, borders constantly shifted, and citizens sought to find their place in the new world order. 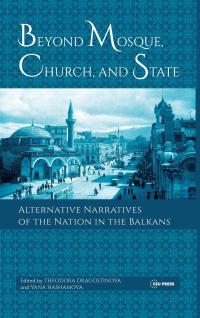 Expanding her work on nationalism, Professor Dragostinova co-edited, with Yana Hashamova, the volume Beyond Mosque, Church, and State: Alternative Narratives of the Nation in the Balkans (Central European University Press, 2016).

Bringing together interdisciplinary methodologies from history, cultural linguistics, film studies, ethnomusicology, and political science, the contributors to this volume highlight the viability of non-national and anti-national alternatives in the Balkans, refuting the alleged role of the region as a constant source of national(ist) conflicts and tensions. 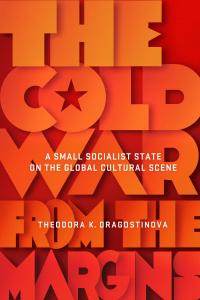 Professor Dragostinova's second book, The Cold War from the Margins: A Small Socialist State on the Global Cultural Scene, was published by Cornell University Press in 2021. Based on research in Bulgaria, Hungary, Great Britain, Austria, Germany, France, and the United States, this book engages the global Cold War through the experiences of a small state, Bulgaria, and its cultural engagements with a variety of actors in the Balkans, the West, and the Third World.

The book received an Honorable Mention for The Heldt Prize for best book by a woman-identifying scholar in any area of Slavic, East European, and Eurasian Studies, awarded by the Association of Women in Slavic Studies.

To learn more about The Cold War from the Margins, read the H-Diplo Roundtable on the book. You may also listen to Professor Dragostinova's interviews for the SRB Podcast and The New Books Network.

In the last five years, Professor Dragostinova has initiated and advanced crossdisciplinary conversations at Ohio State and beyond. In 2018-2020, she served as a Faculty Fellow of the Global Arts + Humanities Discovery Theme where she led the Migration, Mobility, and Immobility project. This work brought together researchers, creators, community members, and students to learn about and seek solutions to one of the most pressing issues humanity faces today.

In 2022-2024, Professor Dragostinova serves as a Senior Fellow and Research & Programming Leader for the research cluster Centering the Global Periphery of the Mershon Center for International Security Studies. Focusing on marginalized regions, actors, and research methodologies, this work promotes new, innovative voices on how to study the global order from the margins.

Professor Dragostinova's teaching reflects her varied research interests: from surveys of Modern Europe to advanced courses on Eastern Europe or the Cold War to seminars on comparative state- and nation-building, global mobility and migration, and historiographies of race, ethnicity, and nation. Her most recent class offerings include "People on the Move: Migration in Modern Europe," "Europe Since 1945: From the Iron Curtain to Fortress Europe," and "Europe Since 1989: Multiple Europes after the Cold War."

Professor Dragostinova passionately believes in the importance of public outreach. Listen to her discuss the 25th anniversary of the fall of communism in Eastern Europe and read her piece on the Revolution of 1989 from 2009.

Listen to her podcast interview reflecting on the 30th anniversary of the fall of communism in Eastern Europe, the rise of nationalism in the 21st century in a global perspective, and the role of culture during the Cold War and today, a part of the ASC’s Voices of Excellence podcast.