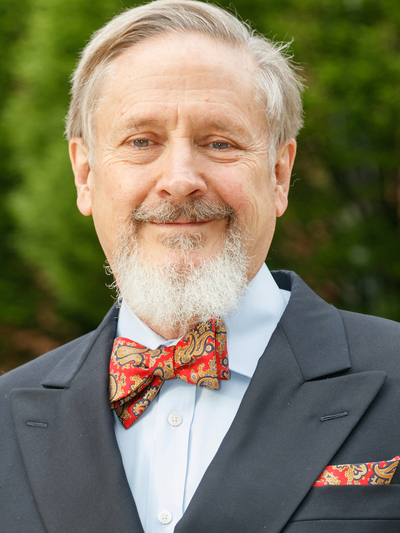 Carter V. Findley is Humanities Distinguished Professor Emeritus in the History Department at Ohio State University. His area of research is the history of Islamic civilization, with emphasis on the Ottoman Empire and the modern Middle East. He also co-founded Ohio State's world history program.  The World History Association honored his contributions with its Pioneer in World History Award (June 2019).

In March 2020, Findley published, "Carter Findley’s Enlightening Europe on Islam and the Ottomans: Mouradgea d’Ohsson on Law and the State," in The Docket, vol. 3, No. 1.

Findley’s most recent book is Enlightening Europe on Islam and the Ottomans:  Mouradgea d’Ohsson and His Masterpiece, published by Brill (2019). This is the first thorough study of  d’Ohsson’s career and his Tableau général de l’Empire othoman, both text and engravings.  Intended as a practical guide for European rulers in their relations with the Ottoman Empire, the work is also fabulously illustrated.  Its 233 engravings constitute the century’s largest trove of visual imagery on the Ottoman Empire.  So great was the importance attached to the work at the time that d’Ohsson’s Tableau was published simultaneously in two different formats:  3 fully illustrated large folios (Paris, 1787-1820) and 7 partially illustrated octavo volumes (Paris, 1787-1824).

Findley's other recent books include Turkey, Islam, Nationalism, and Modernity:  A History, 1789-2007, published by Yale University Press in 2010.  Recognized by Choice as one of the two best books of 2010 on the Middle East, this book won the Joseph Rothschild Prize from the Association for the Study of Nationalism, the Ohio Academy of History Publication Award, and the Turkish Studies Association's Köprülü Book Prize (honorable mention).  His The Turks in World History, published by Oxford University Press (2005), won the British-Kuwait Friendship Society Prize for Middle East Studies: The Âl Mubarak Book Prize. His recent publications also include "An Ottoman Occidentalist in Europe: Ahmed Midhat Meets Madame Gülnar, 1889," in The American Historical Review, February 1998.  Findley’s recent researches have been supported by fellowships from the Guggenheim Foundation and the National Endowment for the Humanities.

Carter Findley is the author, as well, of a series of two books on administrative reform and development in the late Ottoman Empire: first Bureaucratic Reform in the Ottoman Empire: The Sublime Porte, 1789-1922, and then Ottoman Civil Officialdom: A Social History (published by Princeton University Press in 1980 and 1989, respectively). The second book won both the Ohio Academy of History Book Award and the M. Fuat Köprülü Book Prize of the Turkish Studies Association. All of Professor Findley's monographs have been translated into Turkish.  The Turks in World History has also been translated into Japanese and Chinese.  Carter Findley is also the coauthor, with John Rothney, of Twentieth-Century World (seventh revised edition, Wadsworth Cengage, 2010), and he has published nearly fifty scholarly articles in English, French, and Turkish.

Carter Findley is an Honorary Member of both the Turkish Academy of Sciences and the Turkish Historical Society. At Ohio State University, he presented the University Distinguished Lecture in May 2010 and received the 2000 Distinguished Scholar Award. He was a visiting lecturer at Bilkent University (Ankara, December 1997), a visiting professor at the École des Hautes Études en Sciences Sociales (Paris, May 1994), and a visiting member of the Institute for Advanced Study (1981-82). He is a past winner of fellowships from the National Endowment for the Humanities, the Joint Committee on the Near and Middle East of the American Council of Learned Societies and the Social Science Research Council, the American Research Institute in Turkey, the Institute of Turkish Studies, and the Fulbright-Hays Research Fellowship programs of both the U.S. Information Agency and the U.S. Department of Education. He has served as President of both the World History Association (2000-2002) and the Turkish Studies Association (1990-1992). He received his B.A. from Yale and his Ph.D. from Harvard.