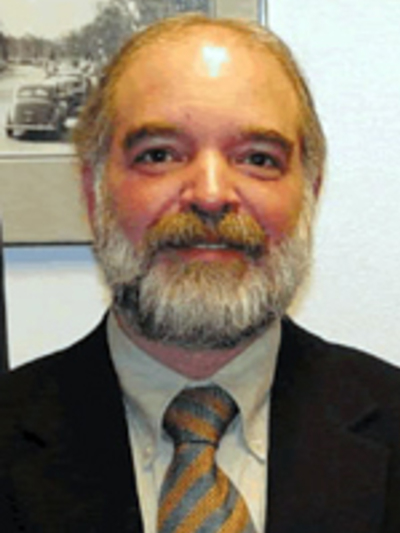 After receiving the B.A. from Florida and the M.A. and Ph.D.from Georgetown, Gallay taught at the universities of Notre Dame, Mississippi, Western Washington, Harvard (as a Mellon Faculty Fellow) and Auckland, New Zealand (as a Fulbright Lecturer). Twice he taught for the American Heritage Association in London. He also twice held fellowships from the National Endowment for the Humanities. Previously, he held the Warner R. Woodring Chair in Atlantic World and Early American History. From 2006-2011 he was Director of The Center for Historical Research.

In addition to essays in journals and anthologies, Gallay has published several books. The Formation of a Planter Elite: Jonathan Bryan and the Southern Colonial Frontier (1989), analyzed how the great planters of southern South Carolina and Georgia became elites. It examined the accumulation of land and labor, the rise of evangelical Christianity, relations among Native Americans, Europeans and Africans, and the skills and attributes necessary to wield political power. (A paperback edition with a new preface was published in 2007.) Gallay then turned his attention to creating a primary source reader, Voices of the Old South: Eyewitness Accounts, 1528-1861 (1994), to provide students and general readers with easy access to many of the numerous voices of people who lived in or visited the region. Gallay also put together and edited, The Colonial Wars of North America, 1512-1763: An Encyclopedia (1996). This collection of over 700 essays by over 125 scholars offers ready reference to the military history of colonies, peoples, individuals, places and events from Florida to Alaska.

In 2002 Yale University Press published Gallay's The Indian Slave Trade: The Rise of the English Empire in the American South, 1670-1717. Based upon a dozen years of writing and research in archives in France, England, Scotland, and various repositories in the United States, the book shows how the trade in Indian slaves tied the South together as a region and laid the basis for the growth of African slavery. The book received the Bancroft Prize from Columbia University, the Washington State Book Award, and selection as an Outstanding Academic Title by Choice magazine. Library Journal identified the book as one of the eleven most important books on Native Americans published in the previous thirty years.

Gallay's books include an edited collection of essays, Indian Slavery in Colonial America, published by the University of Nebraska Press in Fall 2009 (selected by Choice magazine as an Outstanding Academic Title) and Colonial and Revolutionary America, published with Prentice-Hall in Fall 2010. He is currently at work on another book, “Ralegh and the Origins of English Colonialism,” and a play, "Ralegh in the Tower."

"The Sociology of Slavery: Researching and Writing the History of Slavery in Colonial North America, c. 1830-2010," an introductory essay to Adam Matthew's Digital collection of documents, "Slavery in Early America" for the series, "Slavery, Abolition and Social Justice, 1490-2007." (2010)

“Diplomacy and War in the Colonial Southeast, 1699-1706,” in Stanley Katz et al, eds., Colonial America: Essays in Politics and Social Development, Sixth Edition (New York: Routledge, 2010), chapter 17, a reprint of chapter 4 of The Indian Slave Trade: The Rise of the English Empire in the American South, 1670-1717.