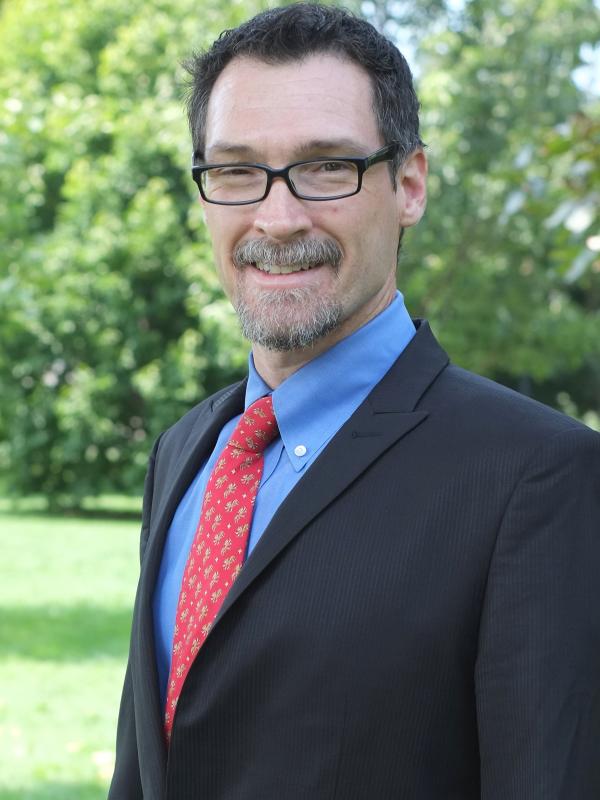 Dr. Genova is a specialist in the history of modern Francophone West Africa. His research interests include cultural history, African cinema, post-colonialism, imperialism and decolonization,  identity formation, globalization, and revolution. He is the author of three books, several journal articles and book chapters, as well as dozens of book reviews. Dr. Genova's primay research sites include Senegal, Burkina Faso, and France. He received his Ph.D. from the State University of New York at Stony Brook in 2000 where his dissertation won awards including The President's Award to Distinguished Doctoral Students (Best Dissertation). He was an Assistant Professor at Indiana State University and a visiting Senior Lecturer in African American and African Studies at The Ohio State University before joining the faculty in the History Department at OSU.

Dr. Genova's most recent book, Making New People: Politics, Cinema, and Liberation in Burkina Faso, 1983-1987 (Michigan State University Press, 2023), is a history of the dramatic and globally important revolution in Burkina Faso led by Capt. Thomas Sankara. Often called the Che Guevara of Africa, Sankara led a popular uprising in what was then Upper Volta and led the country on a program of radical social change informed by the revolutionary concepts developed by Frantz Fanon, Amilcar Cabral, Karl Marx, V.I. Lenin, Mao Zedong, and Fidel Castro. Teh revolution centered cultural politics as a primary vehicle to forge a new society and new people, freed of the debilitating legacies of European imperialism and global capitalism. Cinema was central to those efforts and a significant means to realizing a range of social changes in the country and, by extension, the world. Sankara's government elevated women's status, inaugurated ambitious development projects, and promoted social equality. Burkina Faso's revolutionry government took on the IMF, refused Stuctural Adustment Programs, defied the superpowers, called for cancellation of the debt, and recognized climate change as a major threat to development as well as the survivability of humanity long before those became issues of central concern to most of the world. Sankara also became a major figure on the international stage and a hero to activists across Africa and around the world. In four short years, Sankara's radical government improved the country's living standard, made it a closely watched experiment in social engineering, and became the target of reactionary efforts to detroy his government. In 1987 he was overthrown and killed by one of his closest collaborators, widely believed to have been encouraged and supported by Cote d'Ivoire's long-time strongman, Felix Houphouet-Boigny, and France, threatened by its loss of influence over the former French colony.

Genova's previous book, Cinema and Development in West Africa (Indiana University Press, 2013) is a landmark study of the critical place of the cinema industrial complex in strageties of cultural and economic development in Francophone West Africa from 1945 to 1975. It explores film as both an art and industry in the context of late colonial rule, decolonization, and early post-colonial reconstruction. In that era, West Africa was home to hundreds of movie theaters patronized by a sophisticated and avid viewing public. The theaters became spaces for socialization, political networking, identity formation, and the articulation of strategies for control and resistance. The French colonial state recognized the vital role cinema could play and integrated the cinema industrial complex into its modalities of rule during the late colonial period as well as its efforts to maintain France's influence in the region after decolonization. Simultaneously, West African cultural activists saw in the cinema a vehicle for the reconstruction of African identities and an industry that could be a centerpiece in the region's economic development. Consequently, the cinema became a signficant site wherein the drama of decolonization unfolded. It also was a major component of post-colonial nation building. Genova's study provides a unique insight into the emergence of the global economy in the late 20th century as well as the structures that inhibited cultural and economic devleopment in Africa. It is a story of heroic efforts by activists, popular movements, and others in the face of substantial structural forces that worked to preserve the ascendancy of the capitalist West over the former colonial territories of the global South.

Genova is also the author of Colonial Ambivalence, Cultural Authenticity, and the Limitations of Mimicry in French-Ruled West Africa, 1914-1956 (Peter Lang, 2004). Colonial Ambivalence is a study of the emergence of the French-educated elite during the period of French colonialism in West Africa. It examines the articulation and interaction of specific ideas about what it meant to be "French" or "African" and how those notions of identity revealed and articulated relations of power in the colonial framework. The French-educated elite operated at the nexus of French and African identities, claiming membership in both communities, participating in the difinition of the terms, and also being excluded from them by French administrators as well as "indigenous authorities" in West Africa. This study situates the questions of identity and culture at the heart of the colonial experience/process and opens a window into the history of notions of citizenship, national identity, and relations of power during imperial rule in West Africa. In addition, it offers insight into the issues of immigration politics in France, the nature of the post-colonial State in Africa, and the continued relationship between ex-colonizers and ex-colonies.

Genova's current major project is a study of revolutionary filmmaking and radical cinema in West Africa from 1965 to 1985. It analyzes West African film's place as a major force in the global Third Cinema movement and looks at how West African filmmakers emerged as some of the most important figures in the global cinematic field. The project also examines the foundational elements of a specific African film aesthetic that continues to define much of the work of contemporary Afrian filmmakers today.

Genova is continuing to publish on African cinema, development, globalization, and identity construction.