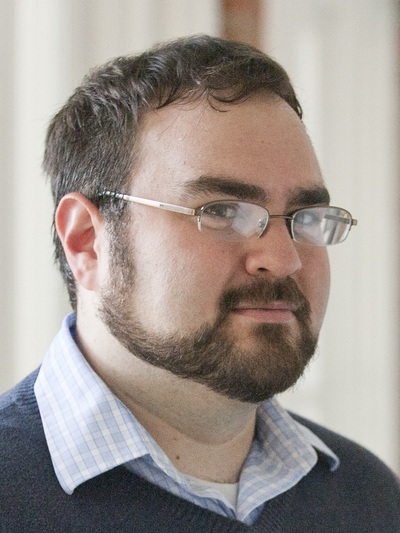 Joe Parrott is an historian of international, transnational, and U.S. diplomatic history, with an emphasis on the intersection of foreign policy, race, and domestic American politics. His work considers how contested processes of decolonization (especially in Africa) informed the transformation of politics on both the Left and Right during the post-1945 period as policymakers, activists, and pundits sought to refine the American national mission abroad. He is also interested in the practice of oral history and how media (art, film, comics, etc.) communicate political messages whether as propaganda or simply within popular culture.

Most recently, Joe co-edited The Tricontinental Revolution with Mark Atwood Lawrence (Cambridge, 2022), a major reassessment of the global rise and impact of the militant strand of Third World solidarity that defined the 1960s and 1970s as decades of rebellion. Tricontinentalism encouraged marginalized states and non-state actors from North Vietnam through South Africa to New York City to mount radical challenges to the United States as Cold War interventions highlighted the limits of decolonization and inspired more expansive visions of self-determination.

He is currently revising a manuscript that considers Portuguese decolonization in Africa as a noteworthy component in transforming western engagement with the global south. It cuts across diplomatic, activist, and socio-political history to illuminate how questions of race and empire drove the policy choices of U.S. leaders, African nationalists, and Portuguese officials, as well as the agenda of a wider western Left. A second book-length project considers transnational solidarity with the minority governments of southern Africa. A final project explores how the popular culture of heroism present in media ranging from comics to video games reflects and reiterates core assumptions about U.S. foreign policy in the "American Century."

Joe writes for various media ranging from historical journals to podcasts. His work on Pan-African solidarity organizing in the 1970s informed a digital history project with Boston’s WGBH and his article with Race & Class, “A Luta Continua: Radical Filmmaking, Pan-African Liberation and Communal Empowerment,” the latter of which won the Farrar Award in Media and Civil Rights History from the University of South Carolina’s School of Journalism and Mass Communications. His WGBH project can be found at the OpenVault website, and a presentation on the related article is available on the Farrar Award page. An article using Harvard's 1972 Gulf Boycott to understand the relationship between Black Power and the origins of anti-apartheid organizing appeared Modern American History. A number of organizations have supported this research including the Society for Historians of American Foreign Relations (SHAFR), the Council for European Studies, the New York Public Library, WGBH, and the John F. Kennedy, Lyndon B. Johnson, and Gerald R. Ford Presidential Libraries. He has also held fellowships with Yale’s International Security Studies, the Black Metropolis Research Consortium in Chicago, and the Miller Center at the University of Virginia.

Before coming to Ohio State, Joe taught at Yale University and the University of Texas, where he received his PhD in History and was involved with the Clements Center for National Security and Rapoport Center for Human Rights and Justice. He previously earned a Master in Public Policy and Bachelor of Arts from the University of Virginia. Outside work, Joe enjoys traveling, wandering towns in search of unique architecture, engaging with local history, and watching movies.

For a sampling of Joe’s public history efforts, see his discussion of the United States and Decolonization on the 15 Minute History podcast, commentary on depictions of the Cold War and Angola in the video game Black Ops II with History Respawned, brief history of Captain America for Origins, or various perspective pieces for the Washington Post's Made By History.