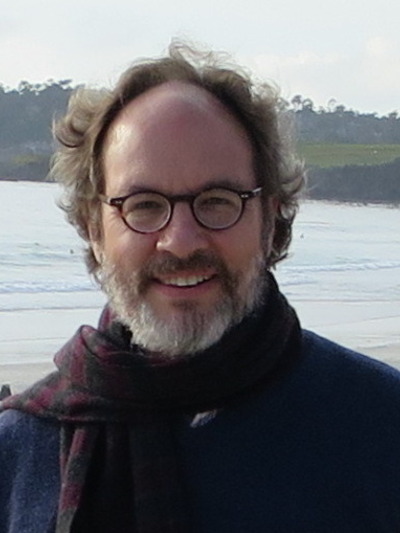 Christopher A. Reed is a specialist in the history of modern China with particular focus on the period from the mid-eighteenth to the mid-twentieth centuries who teaches about modern China, modern Japan, and East Asia more generally.

In 2010, with Cynthia Brokaw, Professor Reed published From Woodblocks to the Internet: Chinese Publishing and Print Culture in Transition, 1800 to 2008 (Brill) which includes two of his essays, one of them titled "Advancing the (Gutenberg) Revolution: The Origins & Development of Chinese Print Communism, 1921-1947." The thirteen essays in the volume narrate and analyze the reciprocal influences of technological, intellectual, and sociopolitical changes on the structure of modern China's book (and print) trade; more specifically, they treat the rise of new genres of print, changes in writing practices, the dissemination of ideas and texts (both paper and electronic), the organization of knowledge, and the relationship between the state and print culture.

After having contributed to the Oxford Companion to the Book, together with M. William Steele of International Christian University, he co-authored the chapter on "Modern China, Japan, and Korea" (pp. 309-347) of The Oxford Illustrated History of the Book (2020), which has now appeared in paperback. Most recently, Professor Reed has published “From Text(s) to Image(s): Maoist-Era Texts and Their Influences on Six Oil Paintings (1957-79),” pp. 205-38, in Redefining Propaganda in Modern China: The Mao Era and Its Legacies, ed. by James Farley and Matthew D. Johnson. Abingdon, Oxon: Routledge, 2021; and “Nearly Lost in Translation(s): Chiang Kai-shek’s China’s Destiny (中國之命運 1943) and Its Extraordinary English-Language Publishing History, 1943-1947,” Publishing History (Cambr, UK: Chadwyck-Healey) 84 (Summer 2021), 65-98.

Gutenberg in Shanghai won the 2003-05 ICAS Humanities Book Prize (co-sponsored by the US-based Association for Asian Studies, the European Alliance in Asian Studies, and Leiden University's [The Netherlands] International Institute for Asian Studies); for more information, please see this English-language article from the China Daily. Gutenberg in Shanghai also received Honorable Mention in the DeLong Book Prize competition of the Society for the History of Authorship, Readership, and Publishing (SHARP) in 2005.

From 2004 to 2009, Professor Reed was the editor of Twentieth-Century China, a leading international historical journal of modern and contemporary China, that he partnered with the Historical Society for Twentieth-Century China, a scholarly association affiliated with the AHA and AAS. Since 2009, he has been a member of the journal's Editorial Board. He was also the Editorial Board member in charge of Asia for Book History, the international scholarly journal of SHARP. More recently, he was invited to join the Editorial Board of Studies on Asia, the online journal of the Midwest Conference on Asian Affairs, the local affiliate of the Association of Asian Studies. In 2006, Reed was named the Hulsewe-Wasniewski Lecturer in Chinese Studies at Leiden University in The Netherlands. And, in 2007, he served as a visiting professor at Victoria University in Wellington, New Zealand. While there, he delivered the D.F. Mackenzie Lecture in Book History at the National Library of New Zealand.

Prior to coming to Ohio State, Professor Reed taught on the faculties of the University of San Francisco, University of Oklahoma, and Reed College (in fact, when he was there, he was the only Reed at Reed). The recipient of three Fulbright awards among other research grants, Professor Reed has lived in China and Taiwan for over five years. He has also worked and traveled widely throughout Asia, the South Pacific, Europe, and North America.