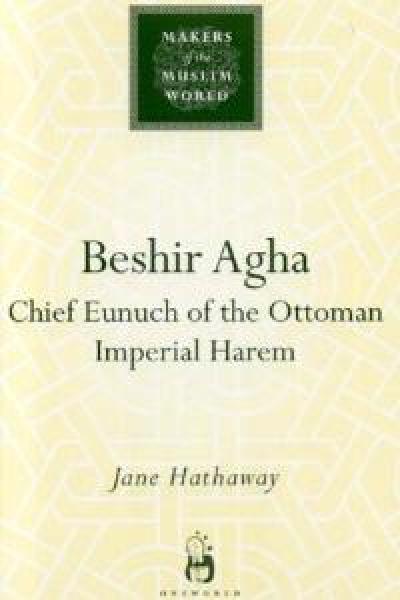 From the publisher site:
This book explores the life of el-Hajj Beshir Agha (ca. 1657-1746), the most powerful Chief Harem Eunuch in the history of the Ottoman Empire, and as such a figure who shaped and propagated the official Ottoman brand of Sunni Islam.Enslaved in his native Ethiopia as a boy, then castrated in Egypt, el-Hajj Beshir was one of hundreds of East African eunuchs who served as guards and interlocutors for the imperial mothers, sisters, wives, and concubines who inhabited Topkap? Palaceí†s enormous harem. Rising through the ranks of harem eunuchs to become harem treasurer by 1707, he was exiled, then recalled, and spent the next thirty years overseeing the educations of crown princes and harem women while choosing and deposing a long series of grand viziers. He wielded unparallelled power and influence over the empire during a turbulent transitional period, surviving a major rebellion that resulted in the execution of a grand vizier and the deposition of a sultan, and the mosques, theological schools, sufi lodges, and libraries that he founded throughout the empire helped to shape the religious and intellectual profile of the Ottoman state.