(Posted Dec. 12, 2018)
It is with sadness that we share the news that our emeritus colleague Don Cooper passed away on December 11th. He retired from OSU in 2002 having served thirty-three years on our faculty as a specialist in Latin American history.

Donald Bolon Cooper died on December 11 at the age of 87. Born at Grant Hospital in Columbus, OH on August 20, 1931. Proud graduate of North High School, class of 1949. Served four years in the US Navy during the Korean War, including one year aboard the USS Currier (DE 700), one year at Hospital Corps School, service at Balboa US Naval Hospital, and a two-year deployment to the U.S. Marine Corps at Fleet Marine Headquarters in Pearl Harbor. Discharged on November 19, 1954, as Hospital Corpsman, Second Class.
Donald graduated from The Ohio State University in 1957 with a BA in History. He was a member of Phi Beta Kappa and received the Woodrow Wilson Fellowship for graduate study of Latin American History at the University of Texas, Austin. He earned his M.A. in 1958 and his Ph.D. in 1963. Donald completed a one-year fellowship with the Doherty Foundation, researching and archiving early history of epidemics in Mexico. As a professor, he taught Latin American history for 42 years at Oklahoma State (1961-63), Tulane (1963-1969), and The Ohio State University (1969-2002). The Cooper family lived in Brazil for two years while Donald completed his fellowship research with the National Library of Medicine and Commonwealth Foundation on the history of epidemics. His article, "Epidemic Disease in Mexico City, 1761-1813" was published along with numerous other reviews. He was a member of the Torch Club, First Community Church and OSURA (Executive Board, Historian). Don's hobbies included classical music, Reds baseball, spending time with grandchildren, and making homemade wine from fruit gathered at his cottage in northern Wisconsin.
Don is preceded in death by his beloved wife of 47 years, Ellen Hutchins Cooper (1935-2004), brother, Charles William Cooper (1924-1988), and his parents Charles Dolman Cooper (1899-1969), and Gladys Bolon Cooper (1899-1989). He is survived by his sister, Dorothy Cooper Kutchera, and sister-in-law, Gloria Bond Cooper Vandixon. He is also survived by his three beloved children: John Frederick Cooper M.D., Thomas Glenn Cooper, and Linda Marie Cooper; as well as nine grandchildren, three step-grandchildren, and five great-grandchildren. John (and first wife, Trish) are the parents of Rebecca (husband Greg, daughters Kaitlin and Hannah), Rachel (husband Tim), Daniel (wife Holly, children Adeline, Josie and Townes), and Benjamin Cooper. John is step-father to wife Carol's three sons: Daniel, Tom, and Jack. Donald's son Tom is married to Tammy; they are the parents of grandchildren Lauren and Amy Cooper. Donald's daughter Linda is the mother of Austin, Spencer and Kyle Channell.
In lieu of flowers, contributions may be made to the OSURA Endowment Fund. (Place account number (#605420 at lower left corner of check), sent to OSURA, 1590 North High Street, Suite 300, Columbus, OH 43201-2190.

(Posted April 4, 2018)
Ray Clayton Roberts Jr. (known as Clayton) was born in Changsha, China, the son of missionaries: Ray Clayton Roberts Sr. and Eva Rewalt Roberts.  He was the youngest of four children, including his identical twin, Fredrick Davidson Roberts (known as David) who was ten minutes older.  The family left China due to his mother's health and lived in Colorado for a time before settling in Seattle, Washington.
Clayton started college at Whitman College in Walla Walla, Washington, but World War II interrupted his studies there.  After the war, during which Clayton and his brother performed alternative service as conscientious objectors, the brothers continued their studies at the University of Washington, majoring in history.  Both went on to graduate school. Clayton attended Cornell University and also spent a year at the University of Glasgow.
Clayton was one of the lucky people who really enjoy the job they are paid to do.  He worked hard at his lectures for the courses he taught.  Students remembered him as a good lecturer who was also very kind.  His passion was in researching and writing history.  He and his family spent three different years in London, England, (1959-60, 1965-66, and 1972-73) as he did research for the five books that he wrote.  He wrote a series of three books on how the power in England went from being entirely in the hands of the king to being entirely in the hands of parliament.  The first two were published; the last one was finished but not published.  He also wrote A History of England, Volume One with his twin brother who wrote Volume Two. It is still being used in college classrooms.  His final book was The Logic of Historical Explanation, a philosophy of history.
After his retirement from OSU, Clayton and his wife, Anne, spent summers in their cottage on the Bruce Peninsula in Ontario and from October to March in London, UK, where Clayton continued his research.  In 2000, they stopped wintering in London and moved to Houghton, MI, on the upper peninsula, in part because of the certainty of snow, for they both enjoyed skiing.
Clayton suffered from glaucoma later in life and gradually lost his sight.  It was a sad day when he could no longer read, but he took advantage of recorded books.  Anne cared for Clayton in their home in Houghton until the last few months of his life. They were married for 65 years. He passed away on Thursday afternoon, March 29, 2018, at the Houghton County Medical Care Facility in Hancock.
Clayton is survived by his wife, Anne, four children, and seven grandchildren.  He will be remembered for his kindness and for his insistence on rational thinking. 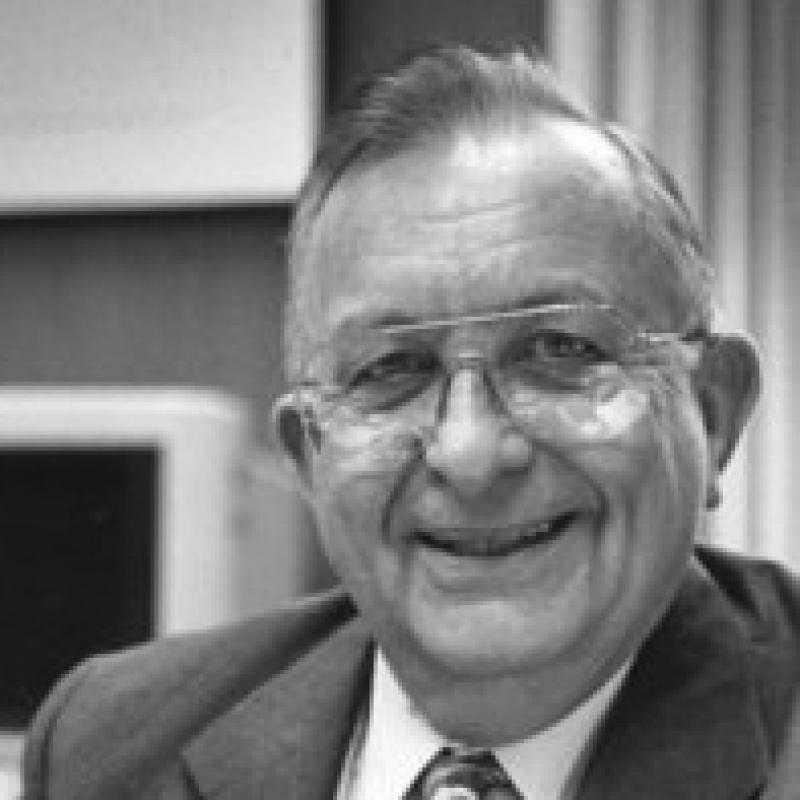 Dean Riley held a Bachelor’s degree from Arizona State University and received his Master’s and PhD degrees from the University of New Mexico. He spent his early career teaching history at Colorado State University and Marquette University. In 1972, Dean Riley joined the University of Wisconsin-Milwaukee in both scholarly and administrative roles, first as an associate professor and Director of the Center for Latin America, and later as the Acting Chairman for the Department of Linguistics. He came to The Ohio State University in 1983 as the Dean of the College of Humanities, a position he held for ten years. Dean Riley remained at Ohio State as a Professor in the Department of History, specializing in Mexico and Latin America, until his retirement in 2002.
As an historian, Dean Riley is known for his monograph Fernando Cortés and the Marquesado in Morelos, 1522-1547, an examination of Cortés’s vast holdings in central and southern Mexico, which were key to colonial Mexico’s development in the aftermath of the Spanish conquest.
The Department of History expresses to the family of Professor G. Micheal Riley its deepest sympathy and sense of understanding of their loss.

It is with the greatest sadness that we announce the death of Emeritus Professor John C. Burnham, who passed away Friday, May 12. Professor Burnham was a distinguished scholar of American History and a leading figure in the History of Medicine who taught for forty years in the History Department at Ohio State. A full account of his long and illustrious career can be found here. We extend our deepest sympathies to his wife, Marjory, and their children, Leonard, Abigail Barnes, Peter (wife Cyndy), and Melissa Carlston (husband Christopher); and his four grandchildren, Allison (Barnes), and Aria, Autumn and Amelia (Carlston).

John C. Burnham; B.A., Stanford University, 1951; M.A., University of Wisconsin, 1952; Ph.D., Stanford University, 1958. Professor Burnham specialized in the history of medicine and American social history; his particular interest was the history of psychiatry. His recent publications included How Superstition Won and Science Lost: Popularizing Science and Health in the United States (1987), Paths into American Culture: Psychology, Medicine, and Morals (1988), Bad Habits: Drinking, Smoking, Taking Drugs, Gambling, Sexual Misbehavior, and Swearing in American History (1993), How the Idea of Profession Changed the Writing of Medical History (1998), What Is Medical History? (2005), Accident Prone: A History of Technology, Psychology, and Misfits of the Machine Age (2009), After Freud Left: A Century of Psychoanalysis in America (2012), Health Care in America: A History (2015), and Deinstiutionalisation and After (2016).

Professor Burnham taught at Stanford and the Claremont Colleges, and was a Fulbright Senior Lecturer in Australia at the Universities of Melbourne, Tasmania, and New England. He also served as the Tallman Visiting Professor at Bowdoin College. In 2002-2003, he was a visiting fellow at Robinson College in the University of Cambridge. He served as President of the American Association for the History of Medicine and held many other offices in scholarly organizations both in the United States and abroad, and he was a Fellow of the American Association for the Advancement of Science. 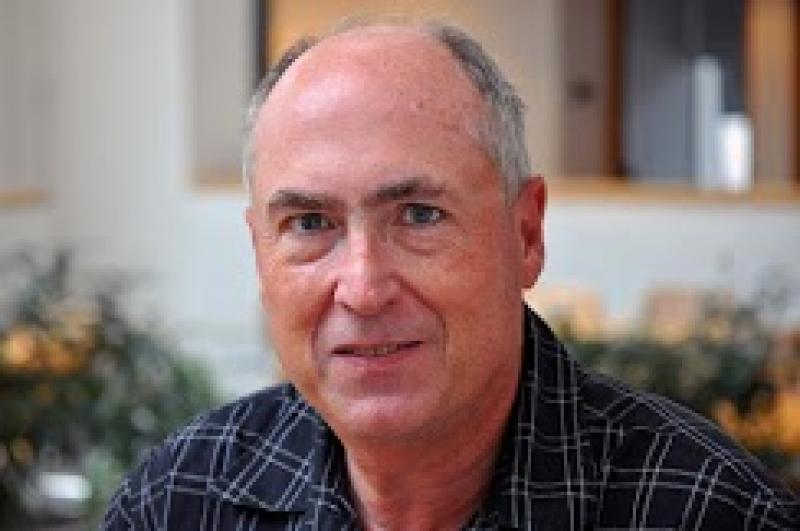 It is with the deepest sadness that we announce the death of Andrew Cayton, who passed away Thursday, December 17, 2015. Drew Cayton was a preeminent scholar of Early American history and a leading figure among historians in and of Ohio and across the country. We extend our deepest sympathies to his wife, Mary, and their daughters, Elizabeth and Hannah, and their growing families. His passing leaves a great void in our hearts and in the ranks of our colleagues. After an illustrious career at Miami University and Ball State University, in the spring of 2015 Drew accepted our offer to serve as the Warner Woodring Chair in Early American History. Stricken early in the summer, Drew rallied in August and set about organizing his office and meeting with eager Ohio State students. He was thrilled to join us, and his buoyant energy and enthusiasm gave us all great hope that the worst was behind him. Sadly, this was not to be. Drew will be remembered as an exemplar for us all: a great teacher, a great scholar, and a loyal and dedicated public servant. A Memorial Service will be held on Monday, December 28, 2 pm, Holy Trinity Episcopal Church, Oxford, Ohio.
Signed, Nathan Rosenstein
Chair, Department of History
An obituary has been posted in The Columbus Dispatch.
An article in remembrance of Professor Cayton was published in the Middle West Review, Vol. 2 No. 2 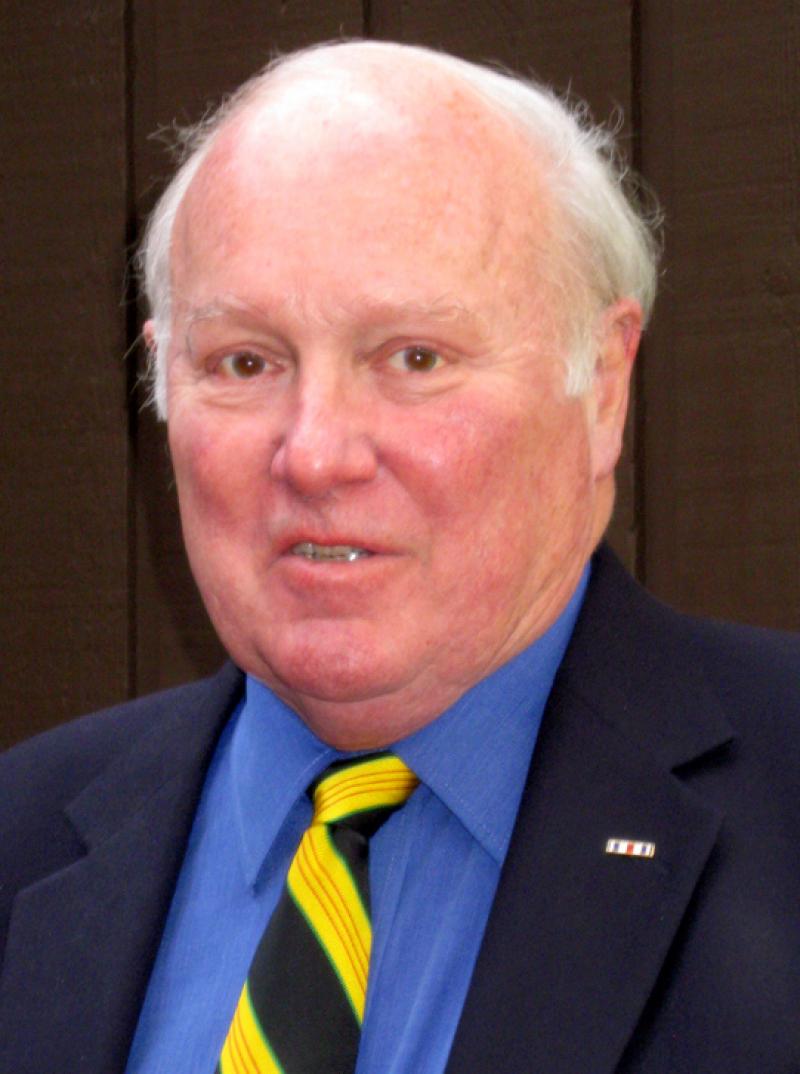