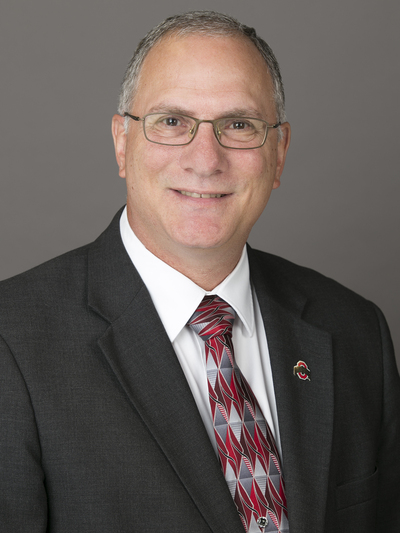 Dr. Peter Mansoor, Colonel, U.S. Army (Retired), is the General Raymond E. Mason Jr. Chair of Military History and a frequent media commentator on national security affairs. He assumed this position in September 2008 after a 26-year career in the U.S. Army.

A 1982 distinguished graduate of the United States Military Academy, Colonel Mansoor served in a variety of command and staff positions in the United States, Europe, and the Middle East during his military career, including postings with the 3rd Armored Cavalry Regiment at Fort Bliss, Texas; the 11th Armored Cavalry Regiment in Bad Hersfeld and Fulda, Germany; at the National Training Center in Fort Irwin, California; and as the commander of the 1st Squadron, 10th Cavalry (the “Buffalo Soldiers”) and G-3 of the 4th Infantry Division (Mechanized) at Fort Hood, Texas. He also served on the Joint Staff as the special assistant to the Director for Strategic Plans and Policy during a period that included the Bosnian peace support operation, Operation Desert Fox, and the Kosovo conflict.

In the early 1990’s Colonel Mansoor attended graduate school at The Ohio State University, after which he taught military history at the United States Military Academy at West Point. During this period he authored a monograph on the combat performance of U.S. Army infantry divisions in Europe during World War II. The GI Offensive in Europe: The Triumph of American Infantry Divisions, 1941-1945 was published by the University Press of Kansas on the 55th anniversary of D-Day and was awarded the Society for Military History distinguished book award and the Army Historical Society distinguished book award in 2000.

Colonel Mansoor commanded the 1st Brigade, 1st Armored Division from 2003 to 2005, including 13 months in combat in Iraq from July 2003 to July 2004 - service for which his brigade was awarded a President Unit Citation for collective valor in combat. He has captured the essence of the experience of his brigade’s deployment and the difficulties of the U.S. war in Iraq during the crucial first year of conflict in a personal memoir, Baghdad at Sunrise: A Brigade Commander’s War in Iraq, published in September 2008 by Yale University Press. In 2009 the Ohioana Library Association honored the account as its non-fiction book of the year.

After relinquishing command, Colonel Mansoor resided at the Council on Foreign Relations in New York as a senior military fellow. He then served as the founding director of the U.S. Army/Marine Corps Counterinsurgency Center at Fort Leavenworth, Kansas, where he helped to edit the counterinsurgency field manual, which was used to reshape the conduct of the Iraq War. In the fall of 2006 he also served on the Joint Chiefs of Staff Council of Colonels that reexamined the strategy for the war in Iraq. He finished his military service as executive officer to General David Petraeus, the Commanding General of Multi-National Force-Iraq, during the period of the surge in 2007-2008. He has authored a history of this period, Surge: My Journey with General David Petraeus and the Remaking of the Iraq War, which was a finalist for the inaugural Guggenheim-Lehrman Prize in Military History in 2013.

Dr. Mansoor is a lifetime member of the Council on Foreign Relations, the Veterans of Foreign Wars, the American Legion, Phi Kappa Phi, and Phi Alpha Theta. His research interests include modern U.S. military history, World War II, the Iraq War, and counterinsurgency warfare. He is currently working on a monograph on the liberation of the Philippines during World War II.

The video below, "Military Conflict and its Role in Human History", "O-H-I-O!" on the Big 10 network, ran on Tuesday, Feb. 22, 2011. It showcases the military history program at Ohio State and Dr. Mansoor's role in it. (Video courtesy of WOSU Public Media.)

Professor Mansoor, 2018 Distinguished Undergraduate Research Mentor Award Recipient, shares his tips for students on carrying out undergraduate research and working with a mentor.