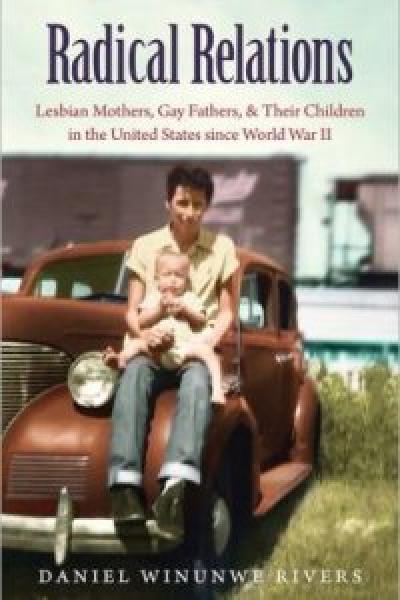 In Radical Relations, Daniel Winunwe Rivers offers a previously untold story of the American family: the first history of lesbian and gay parents and their children in the United States. Beginning in the postwar era, a period marked by both intense repression and dynamic change for lesbians and gay men, Rivers argues that by forging new kinds of family and childrearing relations, gay and lesbian parents have successfully challenged legal and cultural definitions of family as heterosexual. These efforts have paved the way for the contemporary focus on family and domestic rights in lesbian and gay political movements.

Based on extensive archival research and 130 interviews conducted nationwide, Radical Relations includes the stories of lesbian mothers and gay fathers in the 1950s, lesbian and gay parental activist networks and custody battles, families struggling with the AIDS epidemic, and children growing up in lesbian feminist communities. Rivers also addresses changes in gay and lesbian parenthood in the 1980s and 1990s brought about by increased awareness of insemination technologies and changes in custody and adoption law.