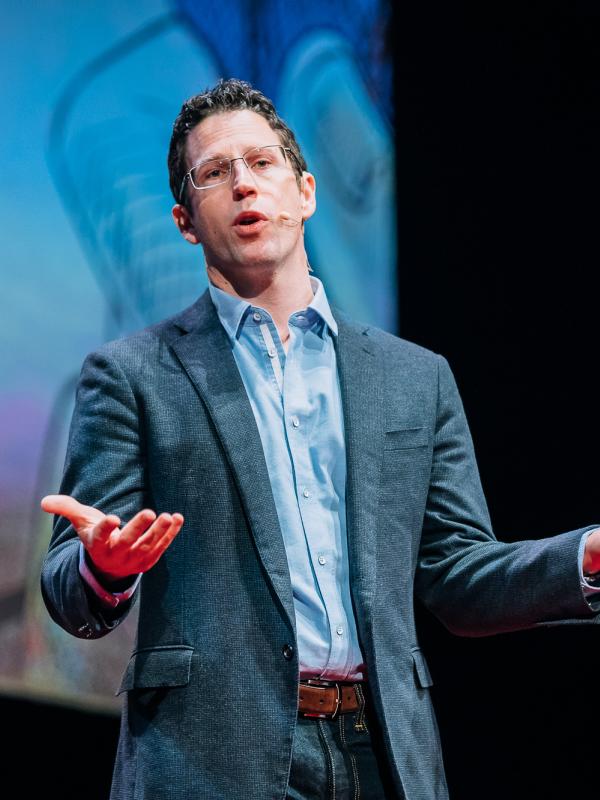 Spring 2023 Office Hours: Wednesdays 2-3pm, and by appointment (office hours book up fast so please email Prof. Nichols directly to set up a meeting, in person and remote options available).

Nichols specializes in the history of the United States and its relationship to the rest of the world, particularly in the areas of isolationism, internationalism, and globalization, as well as the role of ideas and ideologies in U.S. foreign relations. He is also an expert on modern U.S. intellectual, political, and cultural history, from the Gilded Age and Progressive Era (1880-1920) through the present.

Nichols is author or editor of six books. 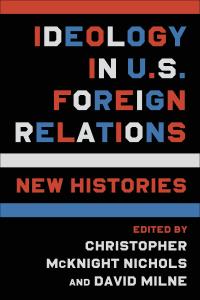 Nichols' most well-known work is Promise and Peril: America at the Dawn of a Global Age (Harvard UP, 2011, revised paperback 2015).

Nichols was co-editor with Nancy Unger of the Wiley Blackwell Companion to the Gilded Age and Progressive Era (2017, new edition in paperback 2022)

Nichols was Senior Editor, with David Milne, and Editor-in-Chief Timothy Lynch, of the massive two-volume Oxford Encyclopedia of American Military and Diplomatic History (2013)

Nichols' first book was co-edited with Charles Mathewes, and entitled Prophesies of Godlessness: Predictions of America’s Imminent Secularization from the Puritans to the Present Day (Oxford UP, 2008).

Nichols is at work on a range of new projects. He is completing a book on the transformation of U.S. foreign relations in the early Cold War with a focus on the election of 1952 (in the Oxford University Press Pivotal Moments series), several research and writing efforts related to the history of ideas in U.S. foreign relations, several biographical studies, and a sweeping exploration of global anti-imperialism. Nichols has authored dozens of articles and essays published in both peer-reviewed journals and popular venues.

Nichols is a passionate advocate for the humanities and history. Nichols has done several hundred invited talks and conference presentations and has organized two major international history conferences and a range of smaller history and interdisciplinary conferences and seminars. He is a founding editorial board member of the “Made by History” section of the Washington Post.

Nichols is a frequent commentator on air, online, and in print on the historical dimensions of contemporary U.S. foreign policy and politics, most notably on C-SPAN and as a regular on NPR, OPB’s Think Out Loud with Dave Miller, and on the pages of the Washington Post. He has done on-stage and televised interviews with Ta-Nehisi Coates, Kamau Bell, Madeleine Albright, Erik Larson, Annette Gordon-Reed, Heather Cox Richardson, Jon Meacham, Henry Louis Gates Jr., Fredrik Logevall, Nicholas Kristof, and Michael Beschloss, among others. He also has introduced and moderated hundreds of events in person, hybrid, and remote (panels, talks, discussions, community conversations, and more). Nichols is open to media and event inquiries (see personal professional website for examples and additional information).

In 2020 Nichols began hosting a web series called “Historians and the News,” (#HATN) a popular remote public history conversation series on the historical underpinnings of some of the most pressing contemporary issues, orchestrated and offered by the Oregon Historical Society, now entering its third season in 2022-23.

From 2020-22 Nichols has done over 200 media interviews, reaching millions worldwide, drawing on insights from the 1918 influenza pandemic for confronting the COVID pandemic. He conceived, organized, co-edited, and co-wrote two major academic roundtable articles drawing on the history and insights of the 1918-19 flu in light of COVID and living in a new pandemic era. See Cambridge University Press, Cambridge Core (JGAPE 2020, 2022) *free access: "The 1918–19 Flu Pandemic in the Age of COVID."

At the Ohio State University Nichols will be teaching the History 3500/History 3501 series of U.S. foreign relations history from the founding to the present, graduate colloquia and seminars on U.S. diplomatic and international history, politics and foreign policy (History 7500, History 8500). He will likely also be teaching some political and intellectual history, with a focus on national security broadly understood, and aims to develop classes that draw from his past popular courses, such as Religion and U.S. Foreign Relations, and to develop newer classes, including American Grand Strategy.

For 2023-24 Nichols is open to working with new PhD students, particularly those with a focus on the U.S.’s relations with the world, foreign policy, the history of ideas, and the intersection of domestic and international politics, including public history, modern U.S. political and intellectual history, along with a wide range of thematic interests and approaches, primarily from the era of U.S. Civil War through the present.

Given the dire state of the U.S. and world academic job market(s) in history and the humanities, Nichols encourages potential graduate students to take some time to consider whether the pursuit of a doctorate in history is truly best for them. In that light, Nichols is keenly interested in an honest, open approach to the pros and cons of graduate school and advanced work in history; he takes an expansive approach to graduate training that seeks to open new avenues toward--and advance opportunities for--non-traditional academic employment as well as a path to successful high-level and high-impact historical research.

Those who are interested in applying to work with Dr. Nichols, should reach out directly by email to discuss research possibilities. Please know that because of the volume of his correspondence and inquiries Nichols may not be able to respond as rapidly or in as much detail as he would otherwise prefer. In addition, in general he aims to talk in more depth about interests, aims, courses of study, and much more once students are admitted and are in the process of making decisions about graduate program options.

Nichols served as Online Editor of the Journal of the Gilded Age and Progressive Era (2014-2020) and has been on the boards of a number of journals and publications. He is an active and dedicated reviewer and evaluator of scholarship and applications for grants, projects, fellowships, publications, promotion, and more, including work with the National Endowment for the Humanities (NEH) and the State Department Office of the Historian, think tanks, centers, institutes, and universities worldwide.

Nichols is a permanent member of the Council on Foreign Relations. He is cycling off as a member of the Board of Trustees of the Oregon Historical Society in 2022.