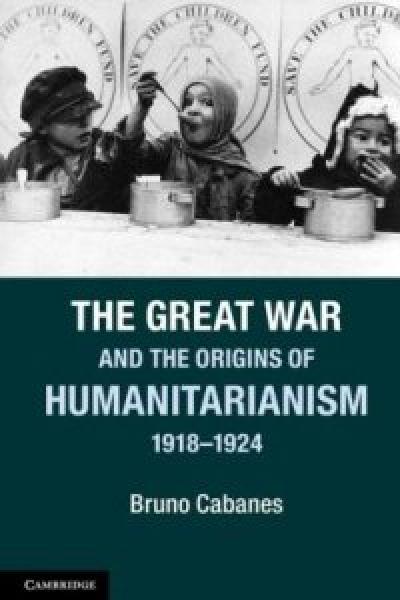 The aftermath of the Great War brought the most troubled peacetime the world had ever seen. Survivors of the war were not only the soldiers who fought, the wounded in mind and body. They were also the stateless, the children who suffered war’s consequences, and later the victims of the great Russian famine of 1921 to 1923. Before the phrases ‘universal human rights’ and ‘non-governmental organization’ even existed, five remarkable men and women - René Cassin and Albert Thomas from France, Fridtjof Nansen from Norway, Herbert Hoover from the US and Eglantyne Jebb from Britain - understood that a new type of transnational organization was needed to face problems that respected no national boundaries or rivalries. Bruno Cabanes, a pioneer in the study of the aftermath of war, shows, through his vivid and revelatory history of individuals, organizations, and nations in crisis, how and when the right to human dignity first became inalienable.

"We are accustomed to thinking about international law as the creature of realist geopolitics. Cabanes shows how international and transnational humanitarian activism helped build international law 'from below', in response to basic human needs. His book constitutes an important investigation of the long-run impact of the idealism rising out of the ashes of the Great War."
Leonard V. Smith, Oberlin College, Ohio
"Bruno Cabanes is well known in France as the inventor of a methodology for the study of the aftermath of war … The Great War and the Origins of Humanitarianism, 1918–1924 is a brilliant demonstration of the power of his method. It offers a terrifying panorama of the suffering of children, refugees, the starving and the homeless, from England to the Ukraine, whose fate was sealed paradoxically in 1919, by peacetime. But despair is only the beginning of the story. Cabanes focuses on five extraordinary men and women who were moved by these tragedies to fight for the right to human dignity, creating international organizations that are the true ancestors of today's NGOs … Readers of this compelling transnational history will come away with a whole new understanding of the ravages of the First World War, and with a very new picture of the 1920s."
Alice Kaplan, Yale University, Connecticut
"Between exceptional individuals and collective catastrophe, Bruno Cabanes teaches us with masterful authority how a new humanitarian front was born from total war."
Annette Becker, Paris West University Nanterre and Institut Universitaire de France
"Cabanes persuasively argues that the First World War was a key moment in the history of humanitarianism. By focusing his story on five extraordinary individuals, he has produced a history which is both comprehensive and highly readable. Stunning in its geographical and thematic breadth, The Great War and the Origins of Humanitarianism, 1918–1924 is nevertheless never pretentious or showy. The emphasis here is firmly - and movingly - on the power of human dignity. An unflagging desire for human justice is at the core of this story, but also, failure, conflict and exhaustion. This inventive, richly textured book will change the way we think about the history of human rights."
Mary Louise Roberts, University of Wisconsin, Madison