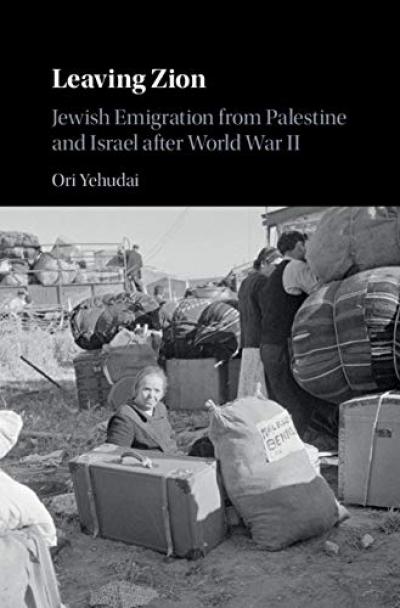 The story of Israel's foundation has often been told from the perspective of Jewish immigration to the Land of Israel. Leaving Zion turns this historical narrative on its head, focusing on Jewish out-migration from Palestine and Israel between 1945 and the late 1950s. Based on previously unexamined primary sources collected from twenty-two archives in six countries, Ori Yehudai demonstrates that despite the dominant view that displaced Jews should settle in the Jewish homeland, many Jews instead saw the country as a site of displacement or a way-station to more desirable lands. Weaving together the perspectives of governments, aid organizations, Jewish communities and the personal stories of individual migrants, Yehudai brings to light the ideological, political and social tensions surrounding emigration. Covering events in the Middle East, Europe and the Americas, this study provides a fresh transnational perspective on the critical period surrounding the birth of Israel and the post-Holocaust reconstruction of the Jewish world.

'The story of Israel is not only one of immigration but also one of emigration. Surprisingly, this part of the story has not been told until this compelling book. Based on many unknown documents, Yehudai provides a balanced view of Israel’s migration history, which has always been a migration in two directions.' --Michael Brenner, American University
'This outstanding study shines light on an uncomfortable topic in the early history of the State of Israel, Jewish emigration. Based on extensive research, Yehudai carefully assesses the motivations of individual migrants and the reactions of the State of Israel, Jewish aid associations and European governments.' --Tobias Brinkmann, Penn State University
'Blending official sources and ‘history from below’ Ori Yehudai skilfully depicts Jewish departure from Palestine and Israel as a significant phenomenon in the formative years of Zionist nation-building and the post-war reconstruction of the Jewish world. His book is an indispensable contribution for understanding Jewish history in the second half of the 20th century.' --Aviva Halamish, Open University of Israel
'This deeply researched work bears little resemblance to the narrative of deprecation and condemnation which permeates Jewish communal narratives. Rather Leaving Zion makes this emigration utterly normal as the author submits this phenomenon to the kind of analysis which scholars utilize as they explore all such shifts in population, regardless of the imagined sanctity of the place of origin.' --Hasia R. Diner, New York University