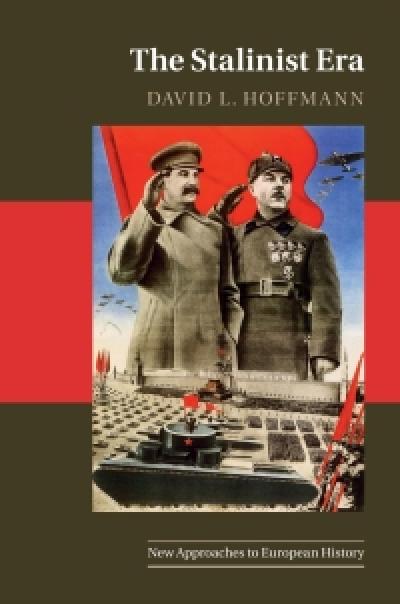 Placing Stalinism in its international context, David L. Hoffmann presents a new interpretation of Soviet state intervention and violence. Many 'Stalinist' practices - the state-run economy, surveillance, propaganda campaigns, and the use of concentration camps - did not originate with Stalin or even in Russia, but were instead tools of governance that became widespread throughout Europe during the First World War. The Soviet system was formed at this moment of total war, and wartime practices of mobilization and state violence became building blocks of the new political order. Communist Party leaders in turn used these practices ruthlessly to pursue their ideological agenda of economic and social transformation. Synthesizing new research on Stalinist collectivization, industrialization, cultural affairs, gender roles, nationality policies, the Second World War, and the Cold War, Hoffmann provides a succinct account of this pivotal period in world history.

"Stressing red Russia's need to modernize, state practices of social intervention, and the ideological worldview of Soviet leaders, David L. Hoffmann draws on a career of writing on the Stalin era - and the international context that shaped it - to produce this compelling up-to-date synthesis that will appeal to students and lay readers alike." -- Donald Raleigh, University of North Carolina
"Looking down from the gaze of the tyrant Joseph Stalin and up from the ranks of ordinary workers and peasants, David L. Hoffmann paints a picture of the most transformative period of Soviet history (1928–1953). Stalinism was a peculiar form of state modernization that used coercion and propaganda to mobilize people to create an egalitarian, just, and prosperous society. But instead of a socialist utopia, Stalin prepared the way to Soviet self-destruction. Balanced without being apologetic, sober without being uncritical or without empathy, Hoffmann guides the reader through the paradoxes of a regime that spoke of social emancipation while establishing one of the most repressive and violent states in modern times." -- Ronald Grigor Suny, University of Michigan
"David L. Hoffmann’s The Stalinist Era is a measured, reliable, clearly written, and comprehensively researched history of the Soviet Union in the Stalin years, from the 1920s until the dictator’s death in 1953. Punctuated by fascinating comparative insights and by lively quotes from Soviet citizens who experienced the unending traumas of the Stalinist period, Hoffmann’s text will be widely read by students and non-specialists alike." -- Norman M. Naimark, Stanford University
"Stalinism cast a blight on the history of the twentieth century. In this new book David L. Hoffmann offers a well-crafted, wide-ranging and thoroughly up-to-date account of Stalin’s tyrannical rule. His analysis of the big issues of interest to any student are consistently lucid and balanced. It is a truly fine achievement." -- Stephen Smith, University of Oxford
"Hoffmann achieves the rare feat of writing a concise narrative history that could serve as a survey course text, advanced seminar monograph, or stand-alone library reference. Hoffmann focuses on Stalin’s quarter century of rule in the Soviet Union, from 1928 to 1953, beginning with context from the eve of the Great War. As a synthesis of his own work and recent scholarship, he seeks to explain the origins of Stalinism and assess its place in 20th-century history. … the text provides an excellent balance of breadth and depth. It remains attentive to analytical categories like gender, subjectivity, and nationalism without losing narrative flow. Essential." -- S. G. Jug, Choice